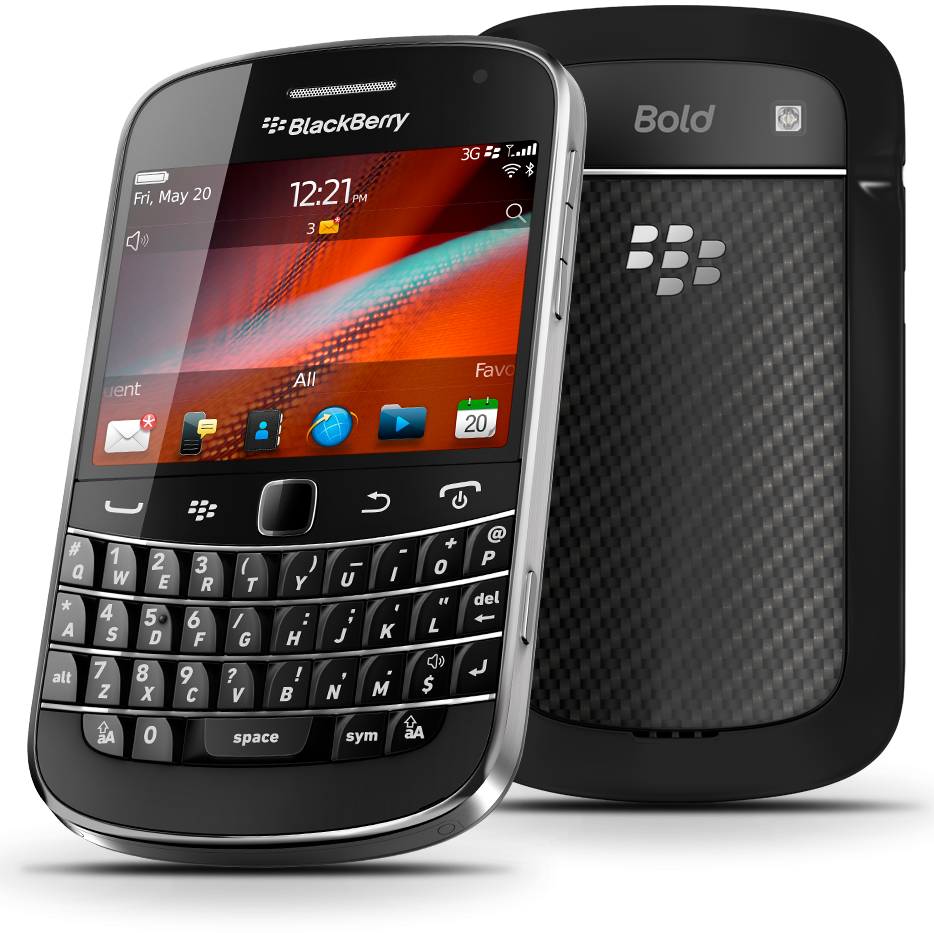 As I'm sure most of you already know, last weekend Kevin, James and I headed to Montreal to check out the Canadian Grand Prix — and we had an amazing time. I drove up from New Jersey with a friend of mine, but it wasn't until the day before that it dawned on me that I wouldn't have any phone service once hitting the Canadian border. Since I rarely leave the country I don't carry an...

The best BlackBerry you can buy right now

Let's face it. The selection of BlackBerry devices isn't huge in comparison to the likes of Android -- but there are still a few different options depending on your needs. When we break things down, for the most part all the devices are sporting the same OS (or at least they can be, depending on your carrier) so you don't really have to base your choice off software, which is nice. What...

CrackBerry Asks: Do you use the U key shortcuts on your QWERTY BlackBerry?

One of the great things about having a physical keyboard on your BlackBerry is the ability to use keyboard shortcuts for quick navigation. Having my BlackBerry Z10 now I must say that I do miss keyboard shortcuts, but I'll totally deal with it. That being said - I still can't wait to get my hands on a BlackBerry Q10. From jumping into apps to quickly scrolling to the top of a page, the...

For those who lead a busy and active lifestyle there are times you need to have a solid, reliable case to get you through the day and all the bumps and accidents that occur. Personally, my cases always end up battered and broken, another casualty of my chronic klutziness. Incipio has always been a favorite of mine with a reputation of keeping their accessories simple yet tough to keep...

When it comes to protection one of my trusted brands has always been Seidio. I admit to being rough on my devices which is why a case is a more of a given rather than an accessory. Whether it was the Innocase Active for my BlackBerry Torch 9800 or the ACTIVE for my Bold 9900, there's no question that Seidio offers the quality and durability to make sure my BlackBerry stays in one piece...

I've got another project due so I'll try this again just to see if the effects persist or was it beginner's luck. I expect to see improvement actually, having a little more practice with the keys at...

HID Global has announced today the launch of their Secure Identity Services for NFC credential provisioning and management. The new tools allow users to have web-based access to managing information for traditional badges on plastic cards, tokens and for digital credentials that can be carried on NFC-enabled smartphones. "With our HID Secure Identity Services platform, customers...

China Telecom has officially released OS 7.1.0.649 for the BlackBerry Bold 9930. While this is an official release, remember to use caution when updating your device. If you need help along the way, you can head into our help forums or check out some of our BlackBerry 101 articles including How to Install or Upgrade to a new OS. If you do install this OS, hit up the forums thread below...

Over time the battery door on the BlackBerry Bold 9900 and 9930 starts to wear down. The edges get worn and scratched and overall it just starts to look beat up. If you want to get your device looking new again, the OEM BlackBerry Battery Door for the Bold 9930 and 9900 is the way to go. The battery door is the same one that comes with your device and will give you a fresh start when...

Lately the news likes to make it look like everyone is abandoning their BlackBerry and going to another platform, and recently I did just the opposite. I'll admit, for the past couple of months I have been on and off with my BlackBerry, sometimes heading to an Android device or an iPhone, but recently it has been all about me and my BlackBerry Bold 9930. So, what sparked the recent...

want a app store that available on BB OS 7

And in case you are wondering if there is an upgrade path for your "still on BBOS7" Bold.... there isn't, they are all still on BBOS7. There was an update at the end of 2013, when Chen tried to milk...

Verizon Wireless has officially released OS 7.1.0.580 for the BlackBerry Bold 9930. While this is an official release, remember to use caution when updating your device. If you need help along the way, you can head into our help forums or check out some of our BlackBerry 101 articles including How to Install or Upgrade to a new OS. If you do install this OS, hit up the forums thread...

Sprint had previously released OS 7.1.0.580 for the BlackBerry Bold 9930 and Torch 9850 as OTA updates and now both are available for download from their site.  While this is an official release, remember to use caution when updating your device. If you need help along the way, you can head into our help forums or check out some of our BlackBerry 101 articles including How to Install or...

Sprint has officially released OS 7.1.0.580 for the BlackBerry Bold 9930 via OTA. While this is an official release, remember to use caution when updating your device. If you need help along the way, you can head into our help forums for more information. As this is an OTA release, it will take some time to go ahead and download directly from Sprint so be patient. Discuss more in the...

Are you a BlackBerry Power User? Try the Seidio Innocell 3000mAH Super Extended Life Battery for the Bold 9900/30

There's nothing worse than having your battery die at the most inopportune time or place especially when traveling and you forget to bring a spare charger or battery. As I work in Manhattan, signal is normally weak in the buildings and my desk happens to be in a dead zone that drains the life out of my device. While I'm not running a lot of apps (the heavy hitters are SocialScope,...

Keep on crackin' with a CB Appreciation Theme from drkapprenticeDESIGNS and Lucky45!

Do you love themes? Is CrackBerry your #1 site for all things BlackBerry? If you've answered yes to all of these questions, and who wouldn't, then I have some great news for you. Once again the forums and twitter have exploded with the news that drkapprenticeDESIGNS and Lucky45 have taken Mini_Banner_Live, what is one of the best themes (and one of my personal favorites) for OS7...