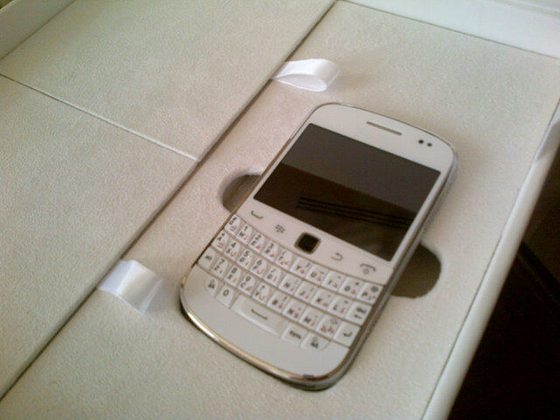 We're forced to take this one with a grain of salt but what you see above is purpoted to be an official BlackBerry Bold 9900 in white. It is said to of have been spotted at a technical exhibition in Dubai, United Arab Emirates but as of now no carrier nor RIM has officially stated it will be coming. It could be after market parts, or it could be the real deal considering this is not the first time we've heard of such things. Either way, after market parts, custom or real -- I want one.