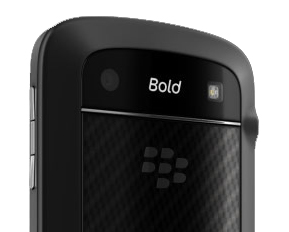 ** Update from Kevin: Hey Guys, I reached out to Research In Motion for some official word regarding the camera on the new BlackBerry Bold 9900 (Torch 9810 and 9850/9860 still have autofocus). Here's the response:

The BlackBerry Bold 9900 has an always in focus 5MP camera (also known as EDOF, Extended Depth of Field) which allows for excellent image quality and it has an ultra thin footprint, which allowed us to achieve the thinnest BlackBerry smartphone to date. The EDOF camera keeps subject matter in focus while offering high quality images and 720p HD video capture.

So there you have it. What do you think? An acceptable trade-off for thiness or you really need that single-shot auto focus? **

The BlackBerry Bold 9900 is hot off the presses, and most of you still haven't plenty of questions about whats new, good, bad and ugly. One of the burning questions is how the camera on the Bold 9900 stacks up to previous BlackBerry devices. The new camera is still 5MP however is loses the auto focus we're used to in favor of EDOF (Extended Depth of Field) aka "all focus". While this means the Bold 9900 can take photos quickly, it doesn't necessarily mean that it takes them better. Keep reading for a few comparison shots between the BlackBerry Bold 9900 and BlackBerry Bold 9780. I shot various photos in a few different modes, so you decide which one takes the cake. I'm obviously not the greatest photographer, so I'm sure we'll see plenty more testing from users as they start to get their hands on the 9900. Head to the forums for more.