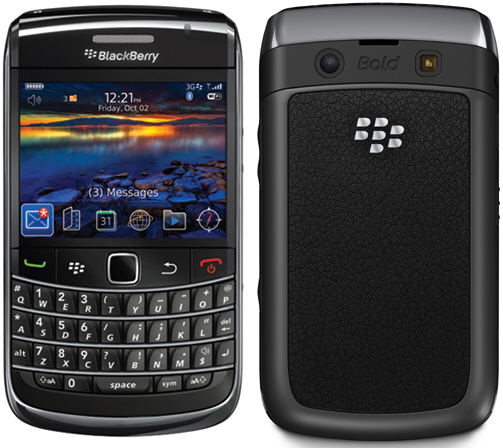 Here it is folks, the official word soooo many of you have been waiting for. RIM has officially announced the BlackBerry Bold 9700 - the ultimate traditional BlackBerry to date. With more memory, a better camera and the new optical trackpad, the 9700 really does pack more punch into a smaller form factor than the original Bold 9000. Two versions of the device will be available to support various 3G network frequency combinations (T-Mo, AT&T), but other than the radio band differences it doesn't look like there are any spec changes between the two versions (pheww... same speedy processor, big 1500 mAh battery, etc.). View BlackBerry Bold 9700 Features and Specs.

You can expect this Bold2 to drop on carriers around the world in early November. Until then, be sure to check out our pre-release BlackBerry Bold 9700 review, visit blackberry.com/bold9700 for more details and read the full press release from RIM below. More announcements are showing up from carriers announcing the device. Check out press releases for Rogers, Bell, AT&T and T-Mobile (T-Mobile site now live!).

October 21, 2009 - Waterloo, ON - Research In Motion (RIM) (Nasdaq: RIMM; TSX: RIM) today announced the sleek and powerful BlackBerry® Bold 9700 smartphone. The new BlackBerry Bold 9700 offers an extensive array of high-end communications and multimedia features in a compact and highly refined design that will appeal to both men and women and for both professional and personal use.

The BlackBerry Bold 9700 smartphone offers top-of-the-line performance, functionality and features with support for 3G HSDPA networks around the world, a next-generation (624 MHz) processor, 256 MB Flash memory, built-in GPS and Wi-Fi®, a 3.2MP camera and a sharp, dazzling display. Cutting edge engineering and premium finishes extend to the exterior of the handset as well, with a smoothly integrated touch-sensitive trackpad and a highly tactile, distinctive, fretted keyboard. The dark chrome frame and leatherette back add to the new smartphone's sleek and elegant look, while the narrow profile, balanced weight and soft-touch sides allow it to feel incredibly comfortable in one hand.

"The BlackBerry Bold 9700 builds on the success of the original BlackBerry Bold with new, state-of-theart features and a smaller, lighter and highly optimized design that looks, feels and performs great," said Mike Lazaridis, President and Co-CEO, Research In Motion.

Key features of the BlackBerry Bold 9700 smartphone include:

The BlackBerry Bold 9700 smartphone is expected to be available from carriers around the world beginning in November. For more information visit blackberry.com/bold9700.