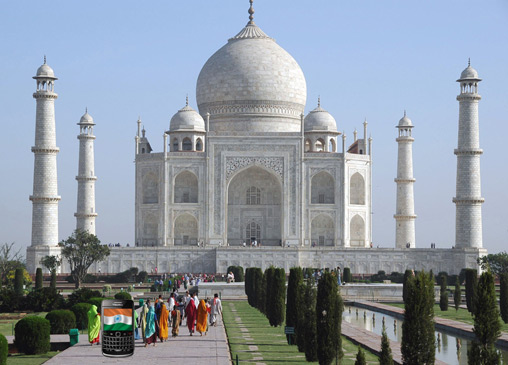 A quick note for all of the good folks in India today (errr... well, yesterday technically). Looks like RIM has officially launched the BlackBerry Bold 9700 in India. Woohoo! The 9700 is now available nationwide in retail stores serviced by Redington India... Plus, it is now on hand at Airtel, Aircel, BSNL, Idea Cellular, Loop Mobile, MTNL, Reliance, Tata and Vodafone locations.

For users of the ever popular Bold 9000 in the region, the 9700 may draw more than a few looks. The design has been updated, and packs the touch-sensitive trackpad, a high-performance 624MHZ processor, 256MB of on-board flash memory, a 3.2MP camera (with video), OS 5.0, and a heck of a lot more.

For more details hit up http://in.blackberry.com or check out the full press release after the jump.

Mumbai, India - Research In Motion (RIM) (NASDAQ: RIMM; TSX: RIM) today announced the launch of the stylish and powerful BlackBerry® Bold™ 9700 smartphone. The new BlackBerry Bold 9700 offers a wide range of high-end communications and multimedia features in a sleek and stylish design that will appeal to users for both professional and personal use.

The BlackBerry Bold 9700 offers top-of-the-line performance, functionality and features. With its robust connectivity options this global 3G smartphone enables users to stay easily connected, whether it is through phone, email, IM or social networking sites. In addition, the full-QWERTY keyboard on the BlackBerry Bold 9700 allows for comfortable and accurate typing and the touch-sensitive trackpad helps users navigate effortlessly.

The BlackBerry Bold 9700 smartphone supports 3G HSDPA networks around the world and is equipped with a next-generation, high-performance (624 MHz) processor and 256 MB on-board Flash memory. The exciting new BlackBerry Bold 9700 also features a dazzling high-resolution display and 3.2MP camera with support for video recording. Its dark chrome frame and leatherette back add to the new smartphone's sleek and elegant look, while the narrow profile, balanced weight and soft-touch sides allow it to feel incredibly comfortable in one hand.

"Building on the success of the original BlackBerry Bold, we are now pleased to introduce the new BlackBerry Bold 9700 smartphone to customers in India. The new 3G BlackBerry Bold 9700 offers top-of-the-line features and performance in a sleek and elegant design that will appeal to both business professionals and consumers,” said Frenny Bawa, Vice President, India, Research In Motion.

Key features of the BlackBerry Bold 9700 smartphone include:

** Certain music files may not be supported, including files that contain digital rights management technologies. Photo syncing is currently only available for Windows-based PCs.