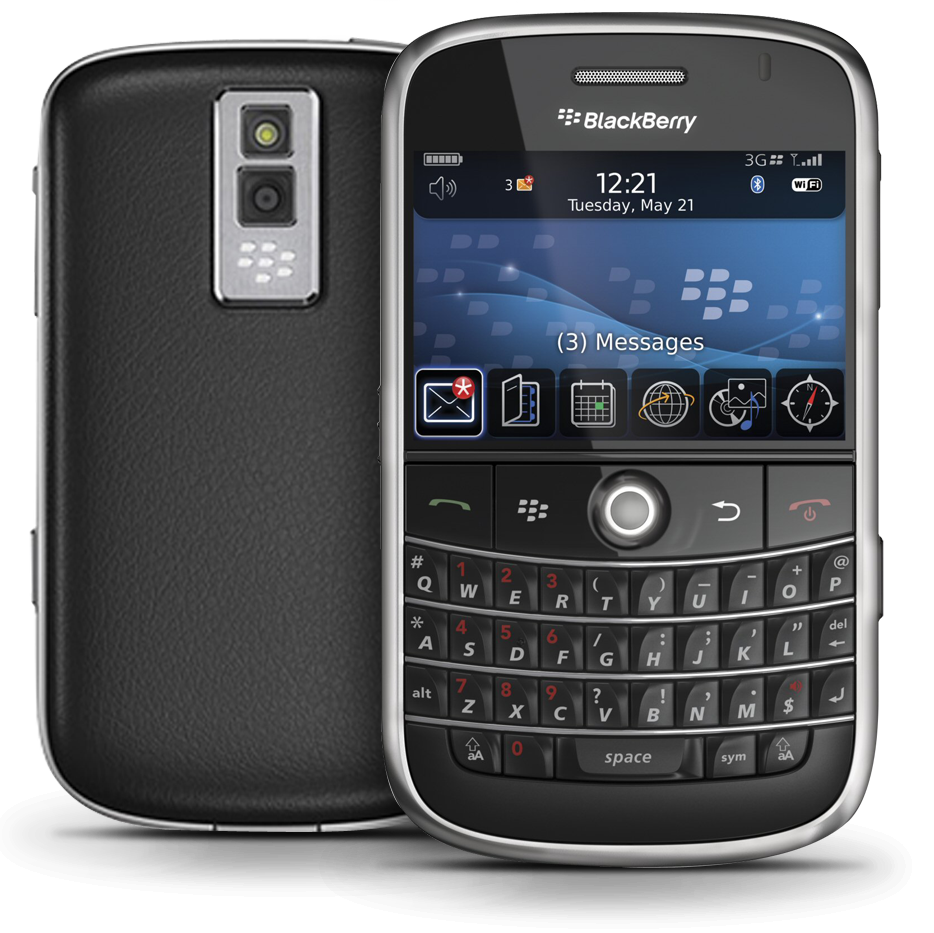 What's Your Favorite BlackBerry of ALL TIME?

Celebrating 10 Years of CrackBerry this month, CBK is back in 2.0 form. For my first video on YouTube, I talk about my favorite BlackBerry of ALL TIME. What's yours?

At IFA Berlin today, Samsung unveiled their new Galaxy Note 3 - the next generation of their BIG touchscreen offering (5.7" display). The Note and Note 2 have proven to be pretty popular devices for Samsung, and with the Note 3 they're pushing things further not only on the tech specs, but on the feel of the device. Specifically, the Note 3 features a faux leather battery door. Yep, you...

Hello again readers! Dear Berry here to once again open up the mailbag and clear up any BlackBerry woes you may have. This week's question comes from an email I received a few weeks back from George who asks: We pulled out my girlfriend's old Bold 9000 that has been in storage for a while. It worked when it went in. Now we plugged it in. Took a few min and then the screen showed...

There are honestly quite a few times each week that I pull out my BlackBerry Bold 9000 and wish there was an OS 6 I could load up. I still love that device and would keep rocking it if the OS was up to date. While this is pretty much a pipe dream, there are many users that are still faithful to the 9000. For them we have leaked OS 5.0.0.1079 for the Bold 9000 today. No reports in on...

AT&T has dropped a few new official OS versions today for the Bold 9000, Curve 8520 and Curve 8900. OS 5.0.0.1067 is ready for download for all three devices. While it's not OS 6, it's still an updated offiical OS. You can snag it from the AT&T software download site via the links below. As always, use caution when installing any OS on your device - official or not. Head to the...

It's no OS 6 unfortunately, but it's still an update. Telefonica Spain has released OS 5.0.0.1049 for the BlackBerry Bold 9000. If you're still using this Cadillac device you should give this one a go. I was actually contemplating going back to my Bold 9000 last night, so maybe this will be incentive to fire it up for a few days. No reports in on whats new just yet, so be sure to swing...

Some more officialy OS goodness today as we have OS 5.0.0.1036 for both the Bold 9000 and Curve 8520. Good to see things are still getting improved for both these devices. Some reports are in on bothdevices in the forums, so if you install be sure to swing by and let us know your findings. Download links below so get on it while the gettin' is good! Download OS 5.0.0.1036 for the...

Much to the dismay of many folks out there, our beloved BlackBerry Bold 9000 devices will never see a build of BlackBerry 6 for them. But, that doesn't mean OS development for the caddy of BlackBerry devices has stopped, in fact it's still very much alive. The most recent official OS for the Bold 9000 was 5.0.0.900 but thanks to this leak we can now check out 5.0.0.1036. Back up your...

First things first, we're slapping the big ol' rumor tag on this one. Take it all with a grain of salt. In fact make it rock salt because at this point none of this is fully confirmed. New rumors have been suggesting a couple of new devices that are now in the works at Research In Motion, one of which we may have gotten a sneak peak at previously and another that may just be a total...

Everyone seems to be very excited about 6.0.0.222 for the BlackBerry Bold 9650. This OS is one that was a best friend to many, and a worst enemy to others. Now of course we know this was a leak and there are going to be some issues at hand with it, but one of the biggest issues that many users were seeing was that the webkit broswer, that we have all waited so patiently for, was not...

If you're a Bold 9000 owner and didn't get in on the fun yesterday, today Rogers also released OS 5.0.0.822 for download. This is the newest official 5.0 for the Bold 9000 so hopefully it will run smooth. It's the same version AT&T popped out yesterday, so if you've still got old faithful on your hip then you might want to give it a shot. Hit the link below to download. Download...

If you're still hanging on to that old reliable Bold 9000 you're in luck today as AT&T has officially released OS 5.0.0.822. We don't often talk about the 9000, but I know there are plenty of you who refuse to let it go. By now you are most likely running a leaked 5.0 or one from another carrier, but if you're on AT&T today is your day. Head over to the software downloads page...

For those of you who checked out our BlackBerry rumored devices page, you may have noticed where we mentioned the BlackBerry 9780. At the time, we listed it as the 9780 aka Onyx II purely based off rumor. Now, we have just a little bit more information to back that rumor up. As we've seen in past, Research In Motion is required to fill out UAProf documents for upcoming devices and well...

If you're still rocking a BlackBerry Bold 9000 you get the pleasure of updating your OS today. OS 5.0.0.681 has just showed up in quite a few places. Of course, it's not an official OS so you'll want to make sure you back your data up before loading this one, should things go wrong. *OS Disclaimer - Please Read: Keep in mind this is NOT an official release and as such is not...

We don't hear all that much about the good ol' Bold 9000 much now that his younger brother the 9700 has taken the reign, and apparently when we do it isn't all that exciting. According to this internal AT&T doc, the Bold 9000 will be getting and OTA update on May 18th & 19th. Sadly the update will only be to OS 4.6.0.304. I think its kind of pointless now to issue an update like...