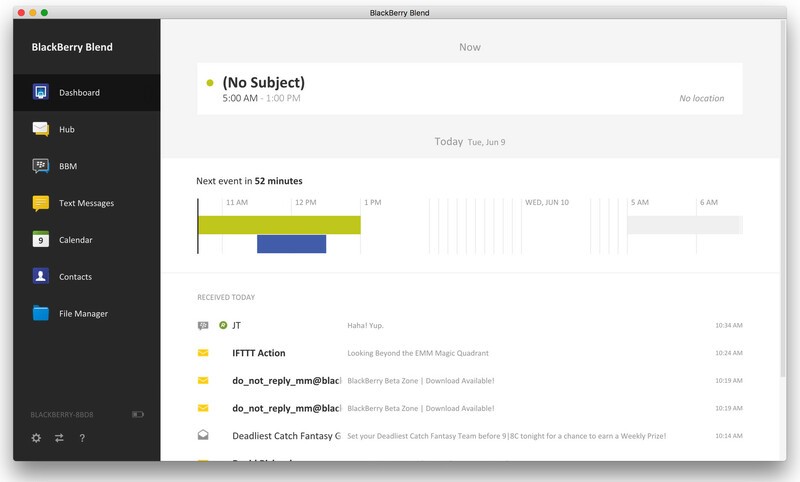 Since its initial release, BlackBerry Blend has been updated several times and following up on the announcement of v1.2 arriving with the BlackBerry OS 10.3.2 update, another new version has now been released to the BlackBerry Beta Zone. This time around, participants can grab beta 3 for BlackBerry 10, Mac, Windows and Android, which BlackBerry notes has over 250 improvements.

What exactly has been improved? Well, BlackBerry hasn't listed them all out for us this time around, so you'll just have to see for yourself. The downloads are live now through the Beta Zone app and online if you've been invited to test it out and remember, you MUST update all portions of Blend, not just the app on your device of choice but also on your desktop in order for it to work correctly.