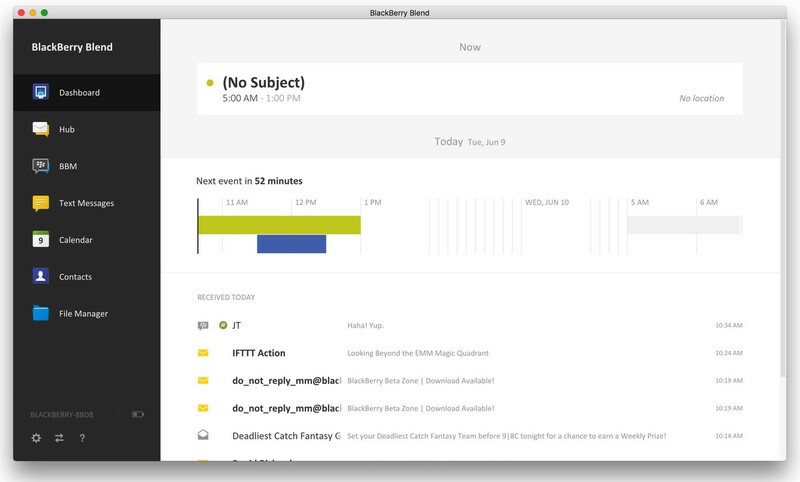 If you're a fan of BlackBerry Blend, BlackBerry has quietly posted some disappointing news. According to their software support lifecycle page, BlackBerry Blend as of July 31, 2016, has reached end of life status and will no longer be supported officially. The app which was originally released in September of 2014 alongside the BlackBerry Passport, allowed users to seamlessly bring messaging and content from their BlackBerry smartphone to their computer and tablet.

Personally, it was one of my favorite apps to go along with BlackBerry 10 but its lifecycle felt a bit short when it was not made available for the BlackBerry Priv plus, the desktop apps nor the device apps have been updated since October of 2015 and in the lack of updates, some bugs have persisted for some users. In any case, if you have BlackBerry Blend it should continue to work, just don't expect updates to arrive anytime soon.