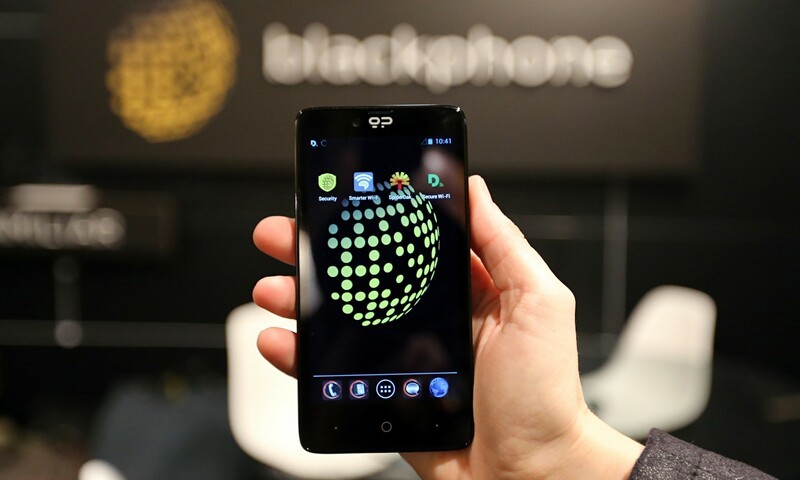 After gathering some hype following its announcement, the Blackphone has started shipping to customers who pre-ordered the device. For those who aren't familiar with the Blackphone, it's a result of a partnership between Spanish manufacturer Geeksphone and security company Silent Circle and uses a specialized build of Android called PrivatOS, which the company has dubbed 'an unparalleled product ideal for information workers, executives, public figures, and anyone else unwilling to give up their privacy.'

The key audience target for the Blackphone, despite some of the language used in their marketing, is consumers and it offers up the ability to make and receive secure phone calls, send and receive secure messages, transfer documents privately, browse through a VPN and more. Things that have become of high interest in light of the Edward Snowden revelations surrounding the NSA.

Possibly as expected, after the device was announced some in the media made the comparisons to BlackBerry. For their part, BlackBerry never said anything about the device and its offerings but a new post over at the Inside BlackBerry Business Blog shows BlackBerry hasn't been ignoring it and highlights the key differences between what BlackBerry is doing and what Blackphone is doing noting 'the similarities we share with Blackphone end with the name.'

Blackphone's go-it-alone approach to security contrasts dramatically with BlackBerry's end-to-end enterprise mobility management (EMM) solution. The BlackBerry Enterprise Service 10 (BES10) platform provides IT with a single console for managing corporate-issued or personal BlackBerry, iOS and Android devices. BBM Protected also enables CIOs to rest assured that their workers are messaging each other securely and privately. By infusing security and control within every segment – device, EMM server and network – of the end-to-end digital journey, BlackBerry has attracted the business of some of the most security conscious and highly regulated organizations in the world.

Everybody should be confident that their electronic communications are kept private and their mobile devices safe from siphoning by malicious hackers. For individuals, a costly Blackphone may fall short of delivering the desired peace of mind.

For enterprises, security that stops at the device isn't secure enough. When it comes to enterprise security – in a Pre- or Post-Snowden environment – the protection offered by BlackBerry's end-to-end EMM solution makes the most attractive features of the Blackphone superfluous.

Honestly, I've been waiting to see if BlackBerry would even bother with discussing Blackphone anywhere so I'm glad to see they finally did. On top of that, it's nice to see they didn't go on an all out attack either, because really a lot of BlackBerry's values when it comes to security and privacy are notably shared by Blackphone. It's even mentioned in the post that 'BlackBerry welcomes the attention the Blackphone brings to secure communications and digital privacy.' Its just that BlackBerry and Blackphone are on two different playing fields right now and BlackBerry has been proven.

Image via: The Guardian