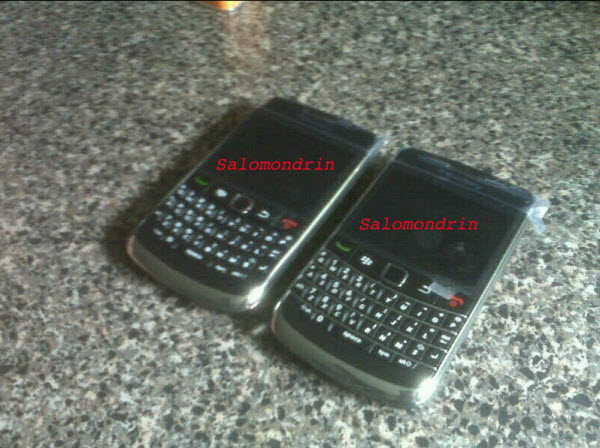 * Another Update: Ok. So this is weird. Jump over to sal's blog and you can see he posted some more photos of the Atlas. Though according to these photos, it's showing the Atlas to be an Edge device, and funny enough, it says "Bold" on the backside. This goes against previous Verizon roadmap info from BGR that slated the Atlas as a CDMA device. Very confusing and a bit strange. You'd almost think it's just an older prototype of something that's maybe not getting build (testing parts on different models) or maybe will be a low cost Bold for other markets or maybe?!?! *

* Update from Kevin: Nice... jump off a plane and look what got posted while in the air! Couple clarifications... in the photo above, "atlas" is on the left while it's a Bold 9700 on the right. While atlas is looking more like a CDMA Curve 8900 (8930?!), don't get this confused with the "essex", which is a more Tour-like follow up device (with WiFi, trackpad and maybe a bigger camera plus orientation sensor). Between the Curve 8530, Tour and essex, and adding an atlas (assuming it goes to market), there's gonna be a flood of full qwerty BlackBerry Smartphones offered on the CDMA market. Now Let's see some vids sal! *

*Update 2: Salomondrin has new pics posted which show the device being a GSM one and some variation of a Bold? Something tells me there is more to the story here, the specs posted are totally different from everything leading up to this *

CrackBerry forums member Salomondrin has been extra busy these days, making videos and taking pics for us all to enjoy and drool over. Seems this time though, he got us all looking at what's come to be known as the BlackBerry Atlas. CDMA, WiFi all set off with the keyboard from the 8900 series devices, some details have been left out that we actually mentioned in the CrackBerry podcast. Details being the camera quality, which is rumored to be more then 3.2MP but at this time cannot be confirmed.

Salomondrin has stated he will be posting up more pics and videos for us soon to get a closer look at it. Keep your eyes open for Sal's updates, there will be more coming. So, CDMA users how ya all feel with the love from RIM these days? ;)