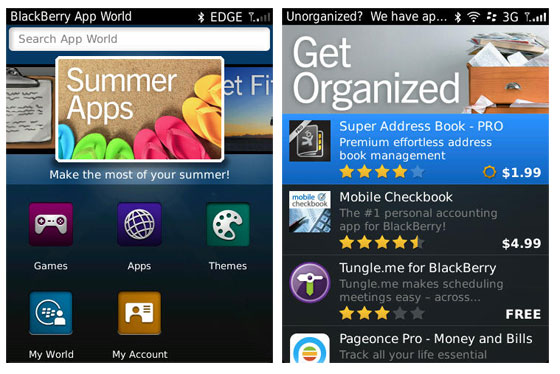 BlackBerry App World 3.0 is amazing. A complete redesign of App World 2.0, the new version features a much more relatable carousel of apps and categories; searching is made easier; and in general, the entire experience has been improved. Today, though, App World becomes even more amazing-er with the release of App World 3.0.0.59. Included in this latest release are "UI changes to the background and app details screen," "Further improvements to the speed and screen transitions," and "Various bug fixes."

BlackBerry App World 3.0 has not been officially released; the only way to get its wonderful goodness is by joining the BlackBerry Beta Zone, where you can be among the first to get new apps. And if getting to experience App World 3.0 before almost anyone else isn't a good enough reason to join, then I don't know what is.