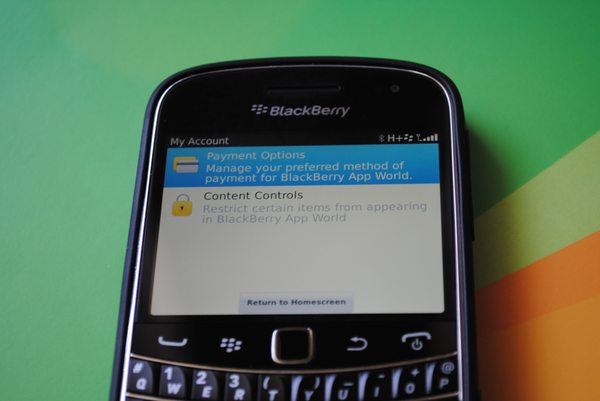 Mobile World Congress kicks off today and while we have Simon Sage is there in Barcelona getting us goodies, though we're not expecting there to be huge news on the BlackBerry front. However, today RIM has announced that there are now over 40 carriers around the world that have integrated carrier billing for customers to purchase apps through BlackBerry App World.

Some of the carriers include:

Carriers have seen an increase of 120% in app downloads by introducing carrier billing, so it is expected that more carriers will start to integrated carrier billing in the future, making it easier then ever for folks to purchases apps.

BlackBerry App World is now available in 164 markets and territories worldwide. More than 60,000 apps are currently available on RIM's app store and over 174 million apps are downloaded each month. Over two billion apps have been downloaded to date.

The deployment of integrated carrier billing is an example of RIM's ongoing commitment to work together strategically with its carrier partners and it has proven to drive significant value for the whole mobile ecosystem, including carriers, developers, content providers and customers. Integrated carrier billing enables a user to purchase apps or digital goods (such as the additional chapters of an e-book or additional levels of a computer game) without interrupting the user's app experience. They can simply charge the purchase to their regular monthly bill, and both one-off and recurring (subscription-based) purchases are supported.

Dario Talmesio, Principal Analyst, Informa Telecoms & Media, said: "There are clear business benefits for mobile operators when implementing carrier billing, since it enables them to build upon existing billing relationships with customers. RIM has always adopted a strategy of working constructively with operators. It follows therefore that implementing carrier billing through BlackBerry App World represents a rich opportunity for carriers."

Ronjon Nag, Vice President, App World & Intelligent Systems at RIM, said, "We're delighted that many of our carrier partners around the world have recognised the value that integrated billing provides, by making it easy and convenient for customers to purchase BlackBerry apps. RIM remains committed to continued innovation in the way we align with our partners in order to best serve customers while providing a profitable platform for the whole mobile ecosystem."

About Research In Motion
Research In Motion (RIM), a global leader in wireless innovation, revolutionised the mobile industry with the introduction of the BlackBerry® solution in 1999. Today, BlackBerry products and services are used by millions of customers around the world to stay connected to the people and content that matter most throughout their day. Founded in 1984 and based in Waterloo, Ontario, RIM operates offices in North America, Europe, Asia Pacific and Latin America. RIM is listed on the NASDAQ Stock Market (NASDAQ: RIMM) and the Toronto Stock Exchange (TSX: RIM). For more information, visit www.rim.com or www.blackberry.com.