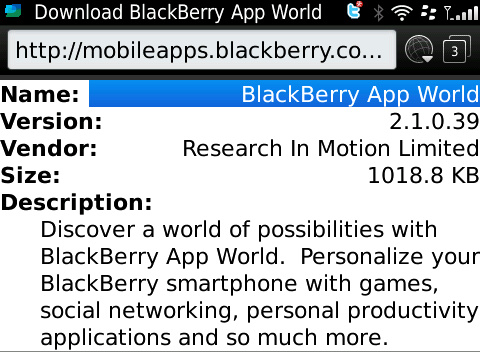 BlackBerry App World has received another official update and is now available for download. This version has been in the Beta Zone for a few weeks and comes in the form of 2.1.0.39. Some new features in this go including:

Things went well in the Beta Zone (as they always do) and this one is ready for public consumption. Point your browser to blackberry.com/appworld to get updated.