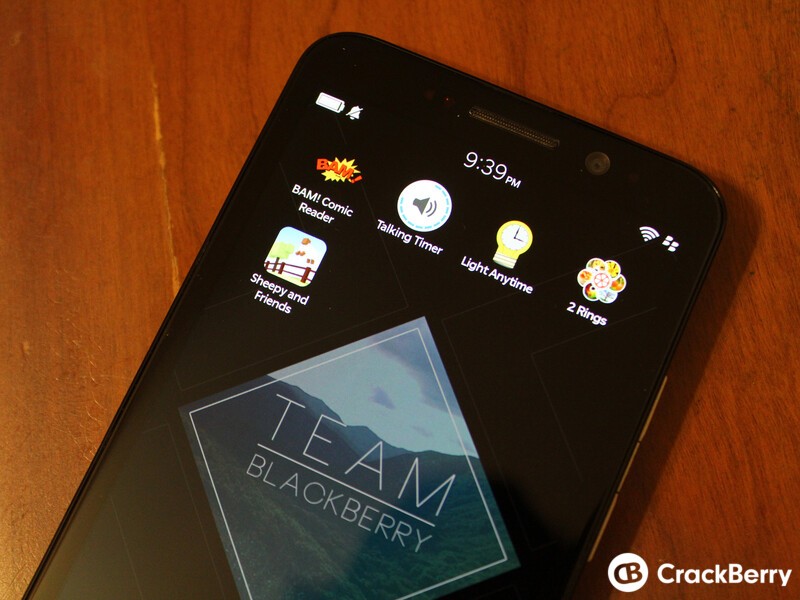 Howdy CrackBerry nation! Hope you all are having a fantastic week. It is time once again to make sure you are all caught up with what happened since our last roundup. One of the more important events was the BlackBerry Security Summit with our own EiC there in person covering it live. Quite a bit of news came out of this event including more information on the AtHoc acquisitions and an update on the Secusmart. In other news, several Canadian carriers are rolling out the OS 10.3.2 update, Mobile Nations introduced Kicked TV which focuses on various crowdfunding projects, and there is an awesome contest whereby you can win a BlackBerry Leap and other goodies. However, make sure you follow the instructions to the letter.

Now it's time to bring you this week's picks for all your passionate BlackBerry addicts out there. You can find each app and game I've rustled up for you by clicking through the gallery below. If your favorite did not make the cut this week, remember you can help by offering your suggestions at the end.

Looking for an interesting twist on the classic word game? Then be sure to try Word Games. Users are giving two pictures that appear in the upper left and right which you can tap on to zoom in for a closer look. It is up to you to find the words, using the rings below, that relate to the photos. Each photo requires two responses. Some of the answers you will decipher right away, others take more time. For instance if you are shown a picture of a row of bananas, the two acceptable answers are "bananas" and "fruit." In order to input your gueses, you will have to tap on the corresponding circles that contain the words broken down into separate letters or groups of letters. The game itself is not as easy as it looks and can be quite challenging. You can purchase hints, shuffle the circles, or try to figure them out on your own. Word Rings is free to download in the Amazon Appstore.

How to install Word Rings from the Amazon Appstore

Going through BlackBerry World, this application caught my eye and, of course, I had to try it out. It is an interesting concept for a countdown timer. This application speaks to you and a voice tells you the remaining time in adjustable intervals. These announcements are meant to keep you informed. Users can modify a running timer on the fly, create timers, assign a color to each one, set the repeating voice announcements every 60, 30, 20, 15 or 19 minutes, and assign a signal sound before each announcement. There are more than 20 built-in signal and alarm sounds and you can even add your own. There is a demo version available in BlackBerry World and the full version is available for $0.99. Talking Timer is compatible with most handsets running OS 10.3 and higher and is a native applicaiton.

For anyone who enjoys reading comic books by various publishers there is Bam! This reader supports all common comic book formats including cbr and cbz, all common comic book image formats including jpeg and png, and automatically searches and catalogs all comic books on your phones internal storage and SD card (though it takes time to do so). Bam! seamlessly switches between books and allows users to switch pages by tapping or using a slider bar. The only thing I recommend to speed up the process of finding the files on your SD card or device is to turn on Airplane Mode. It was a suggestion from the forums and, by doing so, I was able to locate the comic in a matter of seconds. Bam! Comic Reader is $0.99 in BlackBerry World and is a native application.

I know what you are going to say but a reader suggested this app and I have to say I found it to be useful. Several times during the week I get home late from work and it is already dark out. Being the klutz that I am I sometimes drop the keys in the dark and have to go searching for them. Rather than trying to waive repeatedly so that the sensor on the outside light turns on, this headless and native application uses the volume keys to activate the flashlight even when the phone is locked. There is an optional timer to turn it off, adjustable strobe rates, and different activation choices. Light Anytime is $0.99 for BlackBerry 10.

Sheepy and Friends by AsgardSoft

Every now and then you need a simple game for the whole family. Game play is quite simple as all you have to do is tap on the sheep so that they jump over the fence without waking up the dog. The object is to help as many sheep as possible earn their freedom. As a good way to pass the time, the only downside is that it is only compatible with certain devices. The list shows the BlackBerry Leap, Z10, Z3, Z30, PlayBook, Porsche Design P9982, and Porsche Design P9983. So far there is no support for any of the Qwerty devices (Q5, Q10, Passport, and Classic). This native game is free to download in BlackBerry World.

Wouldn't it be nice to wake up in the morning and have your device talk to you? Not just talk to you but announce the weather, read your upcoming events, and tell you the latest news (via your RSS source)? Now you can with Talking Alarm. This native application allows you to set multiple alarms, set a male or female voice, and lets you add your calendar events. The interface is easy to work with in order to set up the various options and triggers. While it may need certain tweaks and updates here and there it is a handy application to have. You can find it for $1.99 for BlackBerry 10 in BlackBerry World.

That's it for this week folks. For more apps and games, be sure to head on over to the CrackBerry Forums where you will find even more hidden gems to choose from whether it be for BlackBerry 10, BBOS or the BlackBerry PlayBook. Of course, you can always find the latest and greatest top editor's picks in the CrackBerry App Gallery. Are there any apps or games you would like to see? Feel free to leave your suggestions in the comments.