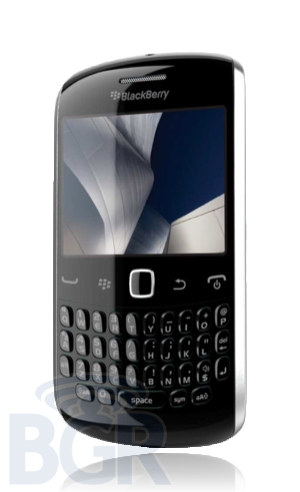 It appears that RIM's most popular line of BlackBerry smartphones is about to get a new addition! This device, codenamed "Apollo", will be an awesome addition to the Curve family, especially if the specs reported this morning are true. Packing in a 480 x 360 screen, 5-megapixel camera, quad-band GSM/GPRS/EDGE, a tri-band HSPA 7.2Mbps radio, and NFC capability, this device is sure to please those of you out there that love the Curve form-factor but feel the latest offerings leave something (a lot) to be desired.

The Curve line currently includes the 83xx, 85xx, 89xx, and 93xx series. No word yet what number the Apollo may be assigned. Also no indication on pricing yet, though being part of the Curve line it's sure to be competitive. This device, much like the Dakota mentioned earlier today, have both been rumored as far back as 2009. Which one will you be picking up on release day?

Full specs for the BlackBerry Apollo: