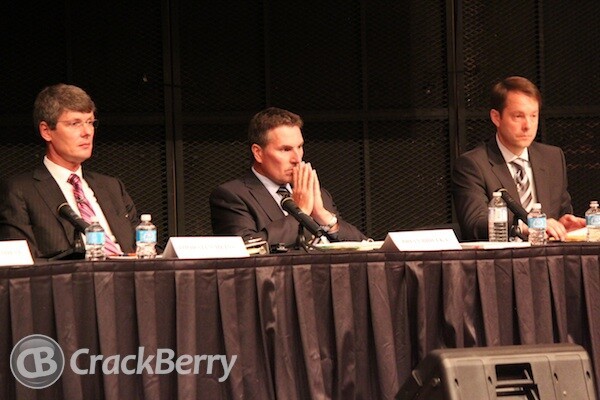 BlackBerry investors may be sharpening their pitchforks after hearing today's Q1 F2014 results, but good luck getting that thing on the plane to Kitchener-Waterloo for the annual general meeting on July 9. In less than two weeks, shareholders will have a chance to voice their concerns about the company, and our own Fearless Leader, Kevin Michaluk, will be in attendance. No doubt he'll spend some time while in the area to visit with BlackBerry folks and get a few sneak peeks like he did last year.

At that time, there was a lot of talk from an activist shareholder about looking to sell off BlackBerry. Will we hear similar talk this go-around? One way or the other, it's bound to be a tense affair, through which BlackBerry's "Keep Moving Forward" mantra will likely come in handy.

Will you be going? How many of you are BlackBerry shareholders? What would you say to the BlackBerry leadership if given the chance at one of these events?