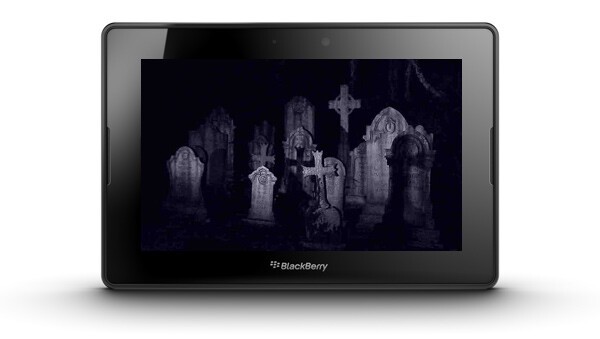 Today on the quarterly conference call, BlackBerry CEO Thorsten Heins announced that BlackBerry 10 would not be coming to the PlayBook as previously expected. Apparently the performance wasn't up to snuff, and Heins want the focus back onto core products. It was definitely something they had been working on - we'd seen glimpses of it here and there. It's worth noting that BlackBerry mentioned they'd continue supporting the platform in its existing state.

Sad times, especially considering the common QNX core to the PlayBook OS and BB10, but BlackBerry has to be super-lean right now and sensibly allocate their resources. BlackBerry did disclose that they only sold 100,000 PlayBooks in the last quarter, which isn't a lot in the grand scheme of things.