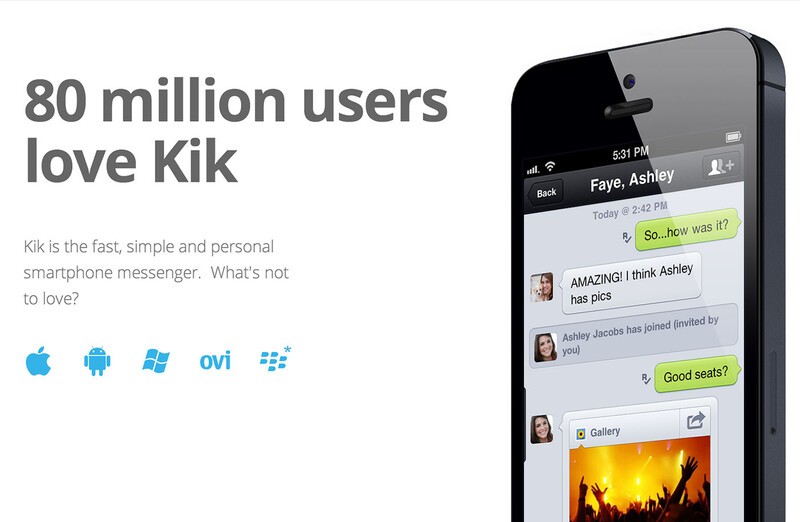 For those not familiar with Kik, it's a cross-platform instant messenger application that resembles BlackBerry Messenger in that it features Sent and Read confirmations. Back in December of 2010, then RIM now BlackBerry, filed a statement of claim against Kik Interactive which stated the company had infringed upon three patents held by BlackBerry and that Kik founder, Ted Livingston, used knowledge he gained during his time as a employee of BlackBerry to create Kik in violation of confidentiality and code of ethics agreements.

Those arguments have now all come to an end and as of Sept. 4th, the case was dismissed, including any counterclaims according to the court documents. While details of the case weren't fully disclosed, Kik founder, Ted Livingston, has spoken to The Globe and Mail about what was going on during that time and it's pretty interesting given recent BBM cross-platform announcements. As noted in the interview, Livingston actually tried to convince BlackBerry execs that taking BBM cross-platform sooner was the way to go before launching Kik:

“They absolutely refused and they said, ‘No, we won’t do that. “To be fair, from their perspective it was hard. They said, ‘People are buying BlackBerry's for BBM. That was a real risk.”

From there, Livingston went on to create Kik and now the app has users beyond that of even BlackBerry Messenger with its user base now sitting around 90 million users. As for further comments on the legal battles, Livingston noted simply “It’s great to finally close this chapter in Kik’s history.” As it stands, Kik is still available to BlackBerry OS devices as a OTA download but it remains neither approved or endorsed by BlackBerry. Additionally, at this time there is no BlackBerry 10 version is forthcoming.