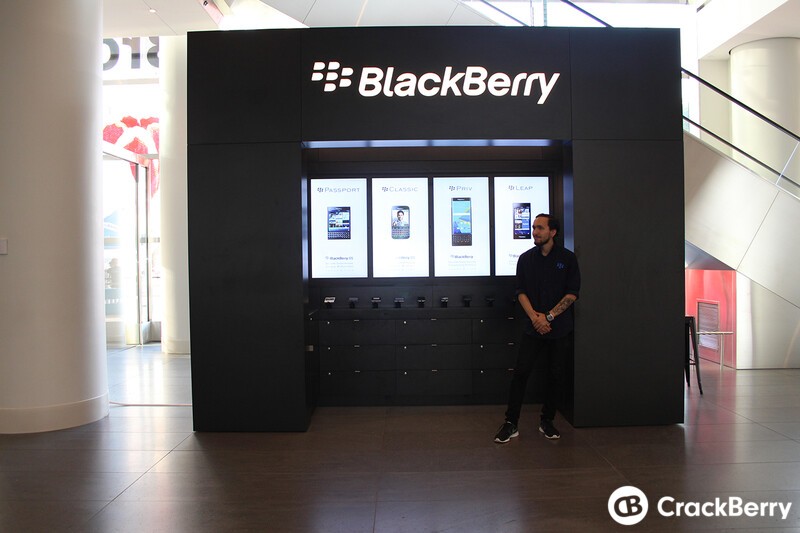 Now that BlackBerry has opened up a brand new pop-up store in New York at Brookfield Place, there has been a pretty interesting increase happening in regards to their advertising efforts. Several new videos have now been uploaded to the BlackBerry YouTube channel, which highlights the store location at the end of them. Plus, BlackBerry has also taken out multiple ad placements within New York including taxi cabs.

Really, it's all standard marketing stuff, but as we learned during BlackBerry's 2016 AGM, even BlackBerry CEO John Chen can't say that company has done great marketing, noting on the call that while BlackBerry does attempt a lot of things, they simply don't have the money to blanket the world with BlackBerry advertising.

We have done marketing mostly online, banner ads and all those stuff, starting to show up more on buses and transportation bus stops and all that. But I would say simply we don't have enough money to blanket the market and also is sustainability, you cannot just do marketing and advertising campaigns for a couple of days, and then somehow people will get that impression. So I agree with you, I'm not going to tell you that we've done great marketing, we attempt a lot of things, I don't know whether, we for example jump into a Raptors games, with the Raptors were playing the final series, where unfortunately the Raptors didn't move forward because if they moved on forward than we will have -- you will have seen that more on TV and on the nba.com or raptor.com.

Even the taxi cabs in NYC are promoting the new @BlackBerry store at @BrookfieldPlNy. Does @CrackBerry know this? pic.twitter.com/fozMyHJMbf

I think it's fair to say we'd all like to see even more marketing from BlackBerry and while I agree with John Chen that there is a balance there when it comes to how much you should be investing into marketing, when 'does BlackBerry still exist?' is a legitimate question people ask, every avenue for brand marketing should be explored.