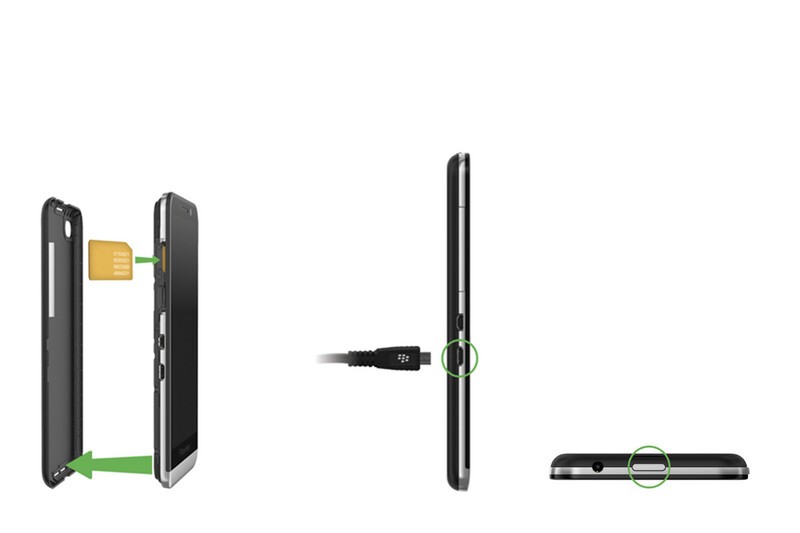 A few days ago while digging through a BlackBerry 10.2 OS I came across some placeholder images for the A-Series devices. They weren't anything special by any means but at the time I had speculated we'd be seeing plenty more of the device soon. Well, since then we've actually seen a lot more than even I was expecting, including the first spotting of the device and what potentially could be the back of the device along with a brief video hands-on with it.

Now, freshly posted in the CrackBerry Forums comes a few 'help' images from what is suggested to be the A-Series and while they are just renders showing general help, they potentially give some further information about how the device will be laid out in terms of where the HDMI out port, micro USB port will be placed along with a side loading SIM slot and microSD.

The battery door however is probably the most interesting as the A-Series is rumored to have an integrated, non-removable 2800mAh battery. That non-removable battery may still be the case but if nothing else, the back cover itself looks as though it can be removed to allow access to the SIM and microSD card depending on how you want to take the images.

Personally, I've heard test units can take the cover off but the battery is still non-removable. Whether or not it remains removable once it hits the market, we'll just have to wait and see I suppose. Side note: I'm happy as hell BlackBerry is finally giving me a big *** device.