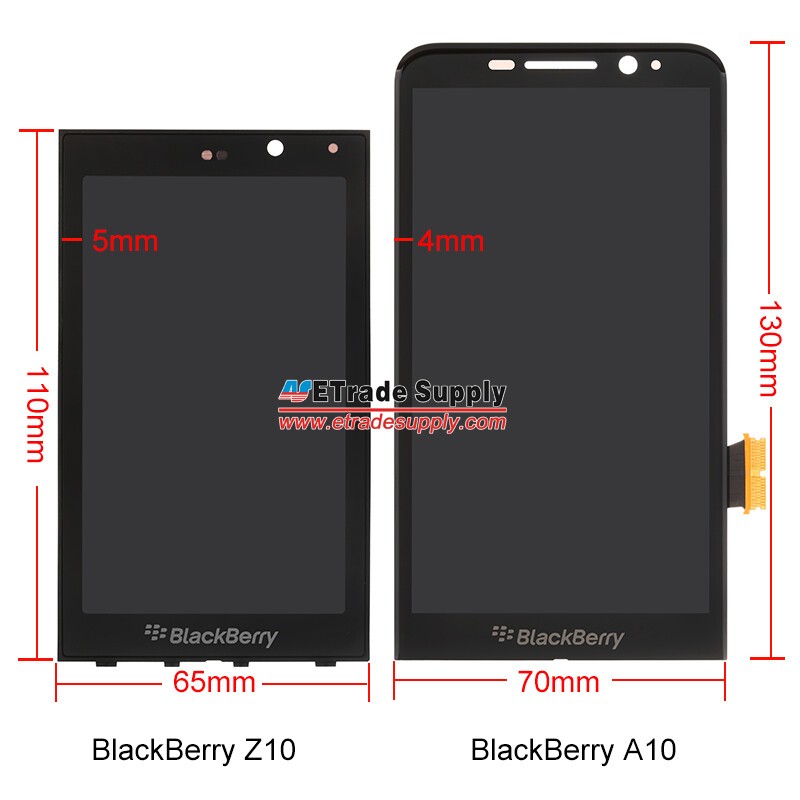 Over the past little while, we've seen plenty of the next BlackBerry device that will come from Waterloo otherwise known as the A10, Aristo or A-Series leak out but just in case you're looking for more, some new device parts have now appeared online and would seem to confirm a few of the rumored specs.

As you can see in the shot above, ETrade Supply has managed to get their hands on the display and digitizer along with a Verizon branded battery door for the device. According to the information pulled from the display and the board, it's a 5-inch Samsung powered SuperAMOLED set-up with the board assembly itself measuring out at 130 x 70 x 1.9mm.

It's also noted that the display is 1mm thinner than that of the BlackBerry Z10 coming in at 4mm. Sadly, that's where the information ends though as ETrade Supply apparently doesn't have access to the full device and therefore cannot get it up and running to confirm anything beyond what's already shown.