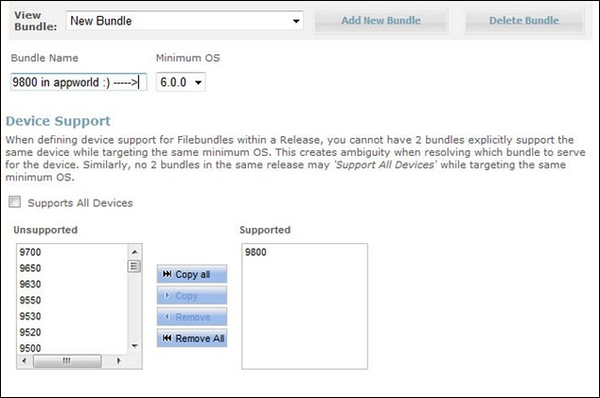 Research In Motion seems to be jumping ahead this time around and preparing BlackBerry App World ahead of schedule by already having it listed in the developer portal. This will allow BlackBerry developers to upload already tested applications to BlackBerry App World in time for launch.No telling what, exactly the theme situation will be when it launches considering Research In Motion just not too long ago updated Theme Studio but as expected made no mention of the BlackBerry 9800 at that time.

Here's hoping the SDK's needed for BlackBerry 6 enabled devices are more then readily available to all soon. PS: Developer downloads have been showing the BlackBerry 9800 devices downloading apps from App World for a while now, so I'm guessing field testers and Research In Motion have certainly been putting it to the test.