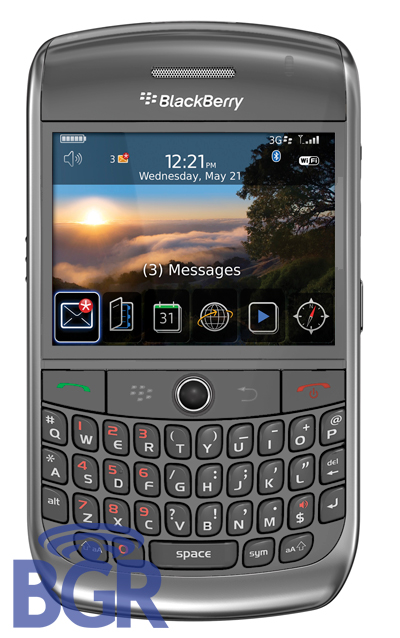 Update: Rumors wouldn't be rumors if they were easy - then they'd just be the truth. Over the course of the day since this information surfaced the forums and email inbox have been a buzz with people saying this leaked info is not quite up to snuff. The confusion appears to be between codenames... apparently the 9300 is not the Gemini. Rather, the Gemini is a low-cost Curve in the works that (8325??). So what's the 9300? You can jump over to BBnews for their take on it or into our CrackBerry Forums for a whole lot more speculation. I'm pretty happy with my Bold, Curve 8900, Storm and Pearl Flip at the moment, and my brain hurts just thinking about this stuff (I actually think RIM is on a mission to confuse the heck out of us - remember the Storm/Thunder name games?), so I'll leave it at that. Let's just say new stuff is coming, and it will be awesome. *

Finally!! It's been a while since we've had some stellar rumormill info on upcoming device models! The word from the BoyGenius today is of the BlackBerry 9300, currently codenamed Gemini, which you can think of as a souped up BlackBerry Curve 8900 gone 3G. There's no word concrete word on timeframe, but BG thinks it will be a while -- late '09 or early '10 -- seeing as how the current Curve 83xx replacement, the 8900 is just rolling out. The speculation is that the 9300 will feature a larger, higher resolution screen, a more powerful processor, will be silver in color and have a slightly different look/feel but retain a lot of Storm/8900's design influence. You can jump over to BGR for the full details.

Looking back to my Logical BlackBerry Smartphone Speculation editorial I wrote up in October, this falls nicely in alignment... a Curve "3G" only makes sense. Slap in a few gigs of internal memory for all those apps we're going to be buying via the app store and this might just be the ultimate full-qwerty BlackBerry. Excited much??