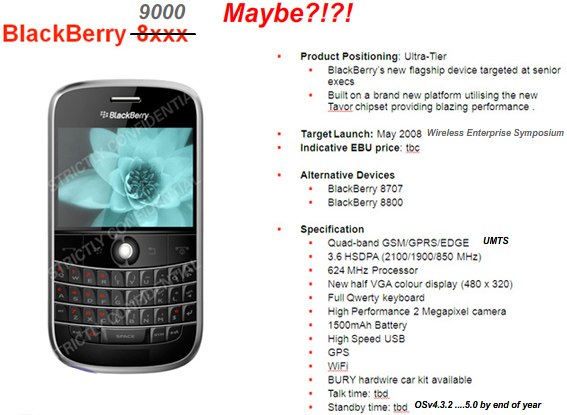 I have to admit even I am getting confused by what I read when it comes to these new device rumors. Apologies if I have any details confused here (feel free to clarify/add to them in the comments). I marked up the Vodafone leaked slide with some of the latest details of where things are at now. RIM should just make an announcement already and set the record straight!!