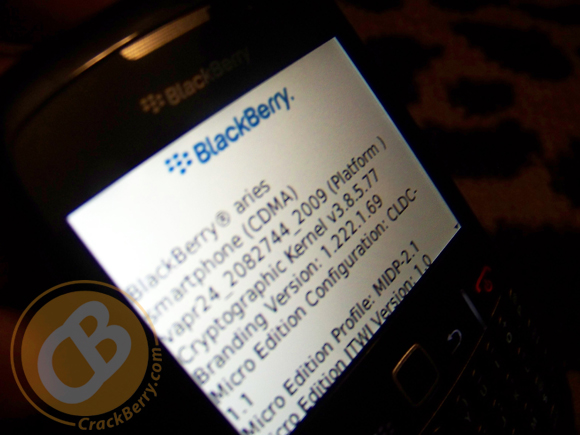 * Update from Kevin - It's highly possible the onyx, aka. the 9020 has now been rebranded to the 9700. Based on the specs given, that fits. It won't be the first time the device model # has changed. Am sure we'll know soon in the weeks ahead. Am sure it won't be long before a shot of a 9700 About Us screen cap emerges. *

With the official release of the BlackBerry 8520 right around the corner, the CDMA 8530 (known prior as Aries) shouldn't be far off. We already know that Verizon said all future devices will have Wifi (wish it had made it to the Tour!) Upon release, the 8530 will sport a 320x240 resolution screen, 1xRTT, EV-DO, QWERTY keyboard, OS 5.0, Wifi and a 2 megapixel camera. In addition, BGR also unveiled some specs for an unnamed BlackBerry 9700 that we will hopefully hear more about soon and features:

There is no codename attached to the device, but it could possbily be the Essex or Nautilus we've discussed in the last podcast. While it seems that the Magnum has become the Dakota (touchscreen, physical QWERTY keyboard, trackpad and 3G), maybe Essex or Nautilus could be a better fit. There is a still a 3G Pearl (Stratus?) down the line as well. Check out our Other Rumored Device forums for more information and discussion.