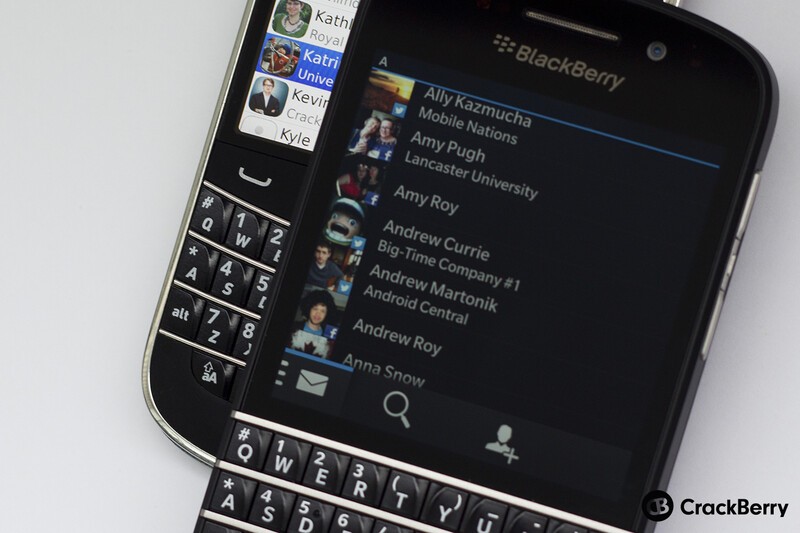 Next up on our series of guides helping folks upgrade from BlackBerry 7 to BlackBerry 10 is contacts. This is a pretty important part of most people’s daily lives, as the address book ties into social networking, messaging, phone calls, and even maps. If a new BlackBerry 10 user is already accustomed to the way things are in OS 7, transitioning to BB10 may be a bit of a challenge - but hardly an insurmountable one, especially with CrackBerry on your side.

So, get cozy with your new BlackBerry Z10, Q10, or Q5 and let's crack open that Contacts app.

You can’t leave contacts on your home screen for quick access as you could in BlackBerry 7, but you can mark them as favorites by tapping the star in the top-right of their address book entries. This sticks those contacts to the top of the Contacts app. The phone app in BlackBerry 10 offers a similar speed dial feature at the top.

Contacts still have some beefing up to do on BlackBerry 10 in order to meet up with the linking capabilities of OS 7. LinkedIn, Facebook, Twitter, and BBM accounts can be tied to your contacts simply enough, but there’s no option for Google Talk anymore.

Switching contact pictures is a lot easier now. You used to have to jump into a contact, tap the edit button, then pick a picture on your device, but in BlackBerry 10, tapping the contact picture will let you chose whichever profile images are currently being used by that contact on any of their connected social networks.

On the upside, there are a few new sections to each contact entry. In BlackBerry 7, you would be able to see recent interactions with contacts, but now you get to see some of the contacts you have in common through the social web, check their work and education history through the LinkedIn connection, and view a full stream of updates from connected networks. You can flip through each of these by switching between Details, Updates, and Activity tabs in each contact.

Viewing specific groups of contacts is much easier now than it used to be. Previously, you’d have to manually designate groups for contacts, then toggle filters to view or hide those groups. Now you can view contacts that are associated with each network separately just by tapping the menu button in the bottom-left, or swiping to the right. This will come in handy when you don’t want to comb through all of your Twitter contacts to find someone.

BlackBerry 7 had a rich set of options for picking ringtones and alerts for specific contacts, and they’re in BlackBerry 10 too, you just have to know where to look. When you’re editing or creating a new contact, scroll all the way to the bottom, and tap Ring Tone and Notifications. From here you can pick your tone, LED, and vibration options for phone calls, messages, and BBM. The options here aren’t quite as in-depth as on OS 7, but it will likely be enough to make sure some messages come through louder than others.

Fresh BlackBerry 10 adopters - how are you enjoying the address book experience BB10 so far? Anything sticking out?