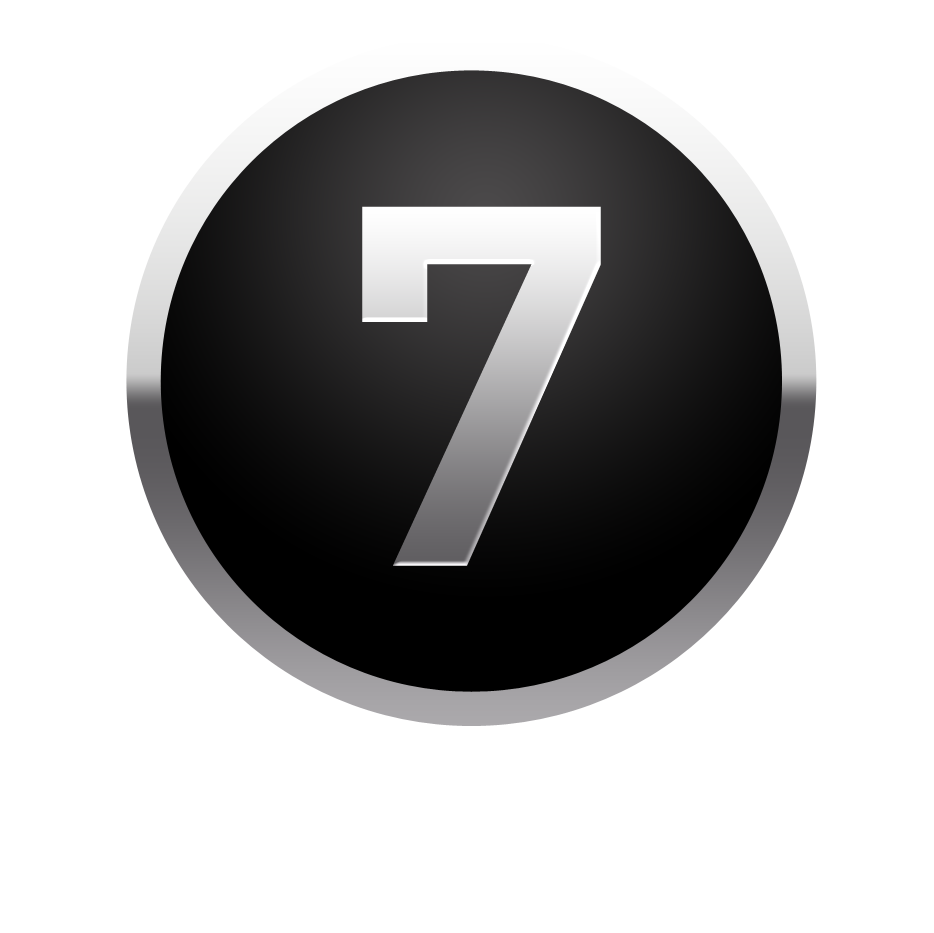 Version 7 of the BlackBerry operating system introduced a handful of iterative upgrades, including managing which icon panels were present and a new Liquid Graphics rendering engine which significantly improved browser performance. Thanks to new magnetic compass hardware, and a new graphical overlay framework, BlackBerry 7 also introduced support for augmented reality apps. Other hardware features, such as NFC, were also accommodated in the new software. We also started seeing voice-activated universal search in BlackBerry 7. A later update, BlackBerry 7.1, included mobile hotspot functionality and a device analyzer to diagnose problems. BlackBerry 7 was originally to be branded as version 6.1, though that changed before it went live through the launch of the BlackBerry Bold 9900.

So you downloaded the latest BlackBerry Launcher and have been using it, but did you know it also includes two new icon packs?

As I'm sure most of you already know, last weekend Kevin, James and I headed to Montreal to check out the Canadian Grand Prix — and we had an amazing time. I drove up from New Jersey with a friend of mine, but it wasn't until the day before that it dawned on me that I wouldn't have any phone service once hitting the Canadian border. Since I rarely leave the country I don't carry an...

Here's an odd one - The good old BlackBerry Bold 9900 has appeared once again in ShopBlackBerry. Currently the device is available for pre-order only, with shipments expected to be despatched around June 18th. Don't get me wrong - the 9900 was an awesome powerhouse for those of us that wanted the best communication device on the market, but that was a few years back. Where I find...

We've seen a few hands-on pictures of the upcoming BlackBerry 9720, but just in case those weren't quite clear enough, here are some press pictures that have recently bubbled up. There's an obvious Q5 influence here, and OS 7.1 is looking like it will be borrowing a few things from BB10, There's no carrier branding here, so no hints as to which markets we'll be seeing it in.  We talked...

When the BlackBerry 9720 started to appear many BlackBerry 10 owners scoffed at the the idea of running a BlackBerry 7.1 device again but the fact is, there's still several markets where that device will do well. With that under consideration, we've already seen plenty of images of the 9720 in action but some new videos from BerryInsider have now popped up on YouTube showing off the...

During the BlackBerry Q1 2014 conference call, BlackBerry CEO, Thorsten Heins let it be known a new BlackBerry 7 device would be released soon. Before that, there was plenty of rumors one was coming but that sealed the deal for it. At this point, there's no official branding for the device that we're aware of but there is plenty of references in recent builds of BlackBerry Desktop...

BlackBerry Experience Pods start to roll out in the Philippines

These new pods are pretty swish. BlackBerry Philippines are rolling out BlackBerry Experience Pods across the country in order to promote their product range. Currently BlackBerry 10 is not yet available in the Philippines, however the word on the street is that they will have their official launch event this week. Even once BlackBerry 10 does roll out it is quite clear that BlackBerry...

Want some BB10 theme action on your BlackBerry Bold 9900? You can with Seven Point Ten from BBThemes

Looking to give your BlackBerry Bold 9900/9930 a new lease of life? Why not give it a slice of BlackBerry 10 with a fresh new theme from BBThemes? Many of the BlackBerry 7 icons have been given an overhaul and elements of BlackBerry 10 and the PlayBook OS have been injected - and it looks real sweet. The new tweaks range from the media icons to games and it really does give...

We may be getting closer and closer to the BlackBerry 10 launch event on January 30th but that isn't stopping RIM from continuing to promote BlackBerry 7. Over on their YouTube channel they have released a couple of new promo videos, each one focusing on a specific feature of BB7. BlackBerry Tag and Wikitude are featured once again and this clearly goes to show that although many...

Linkedin for BlackBerry smartphones updated - but we need more from it

LinkedIn got a welcome update over the weekend to version 2.1.0.37 but unfortunately the improvements were pretty minor. The new features just include contact sync & login improvements and although this is a step in the right direction it isn't quite enough for me. While it is great that we now have a LinkedIn application for BlackBerry smartphones it's still lagging behind in...

This might seem all too obvious to some folks considering RIM is still releasing OS's for devices such as the Curve 8900 but it's certainly been on the minds of many. The question of whether or not BlackBerry OS 7+ devices will be supported in the long-term now that BlackBerry 10 is soon to be arriving. As noted by BlackBerry CEO, Thorsten Heins on the latest earnings call, we can...

Over in India, where we know that BlackBerry sales are huge, it seems that the the RIM Premium Stores in Delhi, Gurgaon and Mumbai are now offering an added incentive to get consumers to purchase a new BlackBerry smartphone. Customers will be given, free of charge, a 4GB microSD card with two movies pre-loaded. There are a choice of films for the good people of India to choose from...

We reported just last month about the new porting lab that RIM had opened here in the UK which I popped along to check out. As I said then, they were planning to open further app labs in other countries and today sees the grand opening of the second BlackBerry apps lab in South Africa. Although we now know that RIM is to officially announce BlackBerry 10 at the end of January, this...

Although there hasn't been an official announcement there is an ad for the it in BlackBerry App World and it looks like RIM has kicked off another 'compliments of BlackBerry' app giveaway. Right now, Canadians who own a BlackBerry smartphone running OS 7.1+ can download a slew of apps for free with the promotion itself running up until December 31st. Here's a list of apps appearing as...