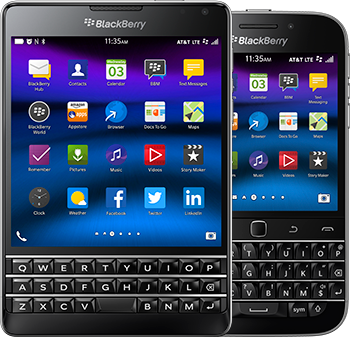 BlackBerry 10.3.2 marks the fourth major release of the BlackBerry 10 platform that was initially launched on January 30, 2013. BlackBerry 10 has continued to improve and evolve. Once downloaded, users will gain access to incredible new enhancements, including BlackBerry Blend, BlackBerry Assistant, battery boosting technology, plus improvements to the BlackBerry Hub, calendar, camera, multimedia and as well as an enhanced BlackBerry Protect which includes new anti-theft features. BlackBerry 10.3.2 was officially announced on June 2nd, 2015, and has rolled out to numerous carriers since then.

How to sync Google Contacts accounts on BlackBerry 10

One problem that has come up consistently on BlackBerry 10 is getting Google contacts accounts to sync correctly. Here's how to quickly get it all working again for you!

BlackBerry ID login issues for BlackBerry 10 users have been resolved

If you're in the process of setting up a BlackBerry 10 device right now, you might want to hold off for a bit as it seems BlackBerry ID is currently having some login issues.

Give your BlackBerry KEY2 and KEY2 LE that old-school feel

Hankering for a KEY2 running BB10 OS? Too bad, it's never gonna happen. Here's the next best thing.

Device without BBID been reset after jan. 4, doesn't want to go past network setup

Box for BlackBerry 10 will stop working on November 12

Facebook has been sharing user data with 60 smartphone OEMs

The device with my BBID is lasting about 72 hours (WiFi only) with 36% use being PIM for my several email addresses.

John Chen wants someone to build a simple, Bold 9900-like smartphone

BlackBerry CEO John Chen recently joined the Recode Decode podcast hosted by Kara Swisher for an interview, and during the discussion, he revealed that he would like to see someone, but not him, build a simple yet focused reimagining of the Bold 9900

CrackBerry Poll: Do you play games on your BlackBerry?

When it comes being able to play the latest and greatest mobile games, BlackBerry certainly doesn't have a great track record. With BlackBerry now on Android, though, I personally find myself trying out and playing more games than before.

Hey BlackBerry, can we get Story Maker for Android?

I've tried a lot Android video editing apps, none are as nice and simple as Story Maker. Hey BlackBerry, can we get Story Maker for Android?

Not talking about the mythical 3.3.4. Alex was talked in an interview about releasing a final update around the time BB10 went EOL. I thought it was a bad idea at the time, too many potential issues...

Since February, there have been new builds of BlackBerry 10 appearing on BlackBerry servers and now finally, one of them has managed to get released. Files for OS 10.3.3.3216 have now been posted in the CrackBerry Forums.

With BBID's no longer able to be moved between the BlackBerry 10 and Android and iOS and back again, a workaround solution for contacts had to be created and is now appearing in the latest BBM beta along with a few other changes.

Fallout on Shutting down 3g in the US with automobile owners.

Tesla will upgrade car for $200. As mentioned.