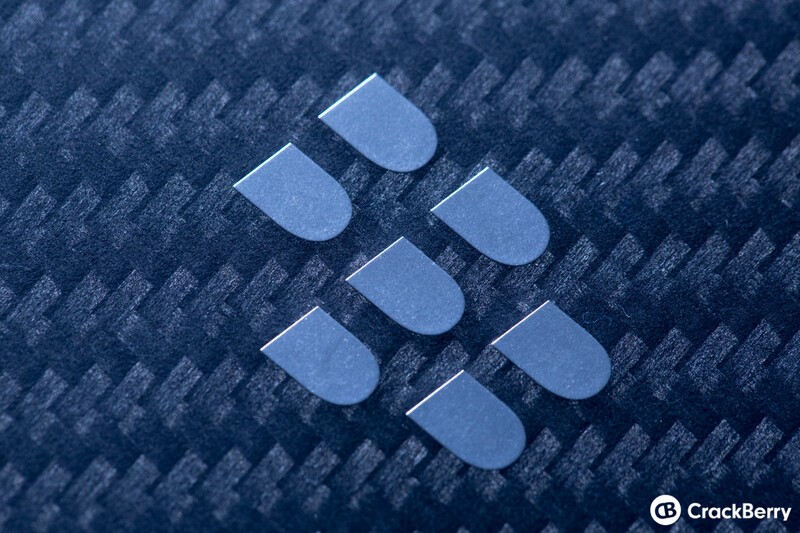 "The U.S. Department of Defense's strict security requirements are amongst the highest in the world, and this allows other government bodies to follow suit. The role of BlackBerry including devices and BlackBerry Enterprise Service 10 continues to be important and relevant for security conscious organizations."

Earlier this year, you may remember BlackBerry 10 became FIPS certified before it had even publicly launched, so the news of approval by the DoD might not be all that surprising to some. In any case, it's another nod to the security BlackBerry continues to offer built right into their devices. If you're looking for the full press release, you can jump below to view it.

BlackBerry 10 Smartphones Approved for Use On U.S. Department of Defense Networks
WATERLOO, ONTARIO--(May 02, 2013) - BlackBerry® (NASDAQ: BBRY)(TSX: BB) today announced the U.S. Department of Defense (DoD) has approved BlackBerry® 10 smartphones and BlackBerry® PlayBook™ tablets with BlackBerry® Enterprise Service 10 to be used on DoD networks. Working with the Defense Information Systems Agency (DISA), BlackBerry 10 smartphones and BlackBerry PlayBook tablets have undergone successful testing through DoD labs leading to a subsequent listing on DISA's Unified Communications Approved Product List (UC APL).
The approval allows all DoD customers to use the BlackBerry® Z10 and BlackBerry® Q10 smartphones, and BlackBerry PlayBook tablets on DoD networks.
"IDC research shows that mobile security continues to be of utmost importance to government agencies around the globe," said Stephen D. Drake, Program Vice President, Mobility & Telecom at IDC. "The U.S. Department of Defense's strict security requirements are amongst the highest in the world, and this allows other government bodies to follow suit. The role of BlackBerry including devices and BlackBerry Enterprise Service 10 continues to be important and relevant for security conscious organizations."
"BlackBerry 10 is ideal for our government customers because it offers a rich, highly responsive mobile computing experience, along with BlackBerry's proven and validated security model - a combination that's unmatched in the industry," said Scott Totzke, SVP, BlackBerry Security at BlackBerry. "This approval will enable DoD customers to connect their BlackBerry Z10 or BlackBerry Q10 smartphones to DoD networks and securely access assets from work, while enjoying the wealth of consumer-oriented functionality that BlackBerry 10 brings to market."
For more information about BlackBerry 10, please visit: www.blackberry.com/BB10.
About BlackBerry
A global leader in wireless innovation, BlackBerry® revolutionized the mobile industry when it was introduced in 1999. Today, BlackBerry aims to inspire the success of our millions of customers around the world by continuously pushing the boundaries of mobile experiences. Founded in 1984 and based in Waterloo, Ontario, BlackBerry operates offices in North America, Europe, Asia Pacific and Latin America. BlackBerry is listed on the NASDAQ Stock Market (NASDAQ: BBRY) and the Toronto Stock Exchange (TSX: BB). For more information, visit www.blackberry.com.
Forward-looking statements in this news release are made pursuant to the "safe harbor" provisions of the U.S. Private Securities Litigation Reform Act of 1995 and applicable Canadian securities laws. When used herein, words such as "expect", "anticipate", "estimate", "may", "will", "should", "intend", "believe", and similar expressions, are intended to identify forward-looking statements. Forward-looking statements are based on estimates and assumptions made by Research In Motion Limited (BlackBerry) in light of its experience and its perception of historical trends, current conditions and expected future developments, as well as other factors that BlackBerry believes are appropriate in the circumstances. Many factors could cause BlackBerry's actual results, performance or achievements to differ materially from those expressed or implied by the forward-looking statements, including those described in the "Risk Factors" section of BlackBerry's Annual Information Form, which is included in its Annual Report on Form 40-F (copies of which filings may be obtained at www.sedar.com or www.sec.gov). These factors should be considered carefully, and readers should not place undue reliance on BlackBerry's forward-looking statements. BlackBerry has no intention and undertakes no obligation to update or revise any forward-looking statements, whether as a result of new information, future events or otherwise, except as required by law. BlackBerry and related trademarks, names and logos are the property of Research In Motion Limited and are registered and/or used in the U.S. and countries around the world. All other marks are the property of their respective owners. BlackBerry is not responsible for any third-party products or service.
🔥