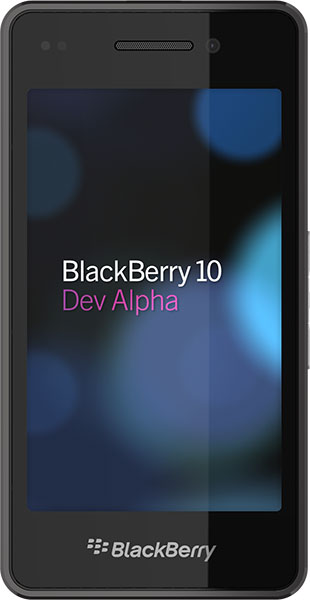 BlackBerry World 2012 / BlackBerry 10 Jam – Orlando, FL – Developers and top brands are already beginning to commit to the BlackBerry® 10 platform for their mobile application development. Today at BlackBerry World, Research In Motion (RIM) (NASDAQ: RIMM; TSX: RIM) revealed endorsements from a number of key partners who have already confirmed their excitement for the upcoming launch of the BlackBerry 10 platform. RIM has been working diligently with app providers to help ensure BlackBerry customers will have access to high-quality content and apps when BlackBerry 10 smartphones are launched.

“The level of enthusiasm among developers for BlackBerry 10 is amazing. The platform has been built to give developers the ability to create amazing content and a great user experience.  The support and excitement we already see from developers is both rewarding and encouraging,” said Martyn Mallick, Vice President, Global Alliances and Business Development at Research In Motion. “We are hearing every day from partners who want to start building and showcasing their work on BlackBerry 10.”

The developer community, content providers and application framework providers are already coming out in support of BlackBerry 10:

“BlackBerry’s influence remains a worldwide phenomenon, which matches Endomondo’s reach,” said Endomondo Co-Founder Mette Lykke. “With 8 million users around the globe, including many BlackBerry devotees, Endomondo recognizes the value of supplying BlackBerry 10 users with access to the capabilities of the mobile Endomondo Sports Tracker and social fitness network.”

“The official launch of BlackBerry 10 comes with great anticipation from Gameloft,” said Ludovic Blondel, Vice President of OEM at Gameloft. “We are very excited to be able to provide BlackBerry 10 users with high-quality gaming experiences for every type of player. We already have a total of 11 titles including our popular physics-based puzzle game Shark Dash and more hard-core games such as N.O.V.A. 3: Near Orbit Vanguard Alliance being optimized for the platform.”

“With the launch of BlackBerry 10, RIM is ramping up its platform for app developers,” said Nick Barnett, CEO of Mippin. “We’re very excited about the potential opportunities with BlackBerry 10 and we are confident it will deliver a content experience that leads the way for mobile.”

“With 360 Panorama, Occipital is pushing the boundaries of photography on mobile devices.  When evaluating the technical viability of a platform, we consider three areas: camera, sensors, and processing and graphics capabilities.  BlackBerry 10 met and often exceeded our expectations for each of these areas,” said Jeffrey Powers, Occipital Co-Founder and CEO.  “Through the combination of our computer vision technology and the advances of the BlackBerry 10 platform, 360 Panorama delivers a magical user experience.  We are very excited to bring 360 Panorama to users of the new and dramatically improved BlackBerry 10 platform.”

“We knew from the start that RIM was on to something really special with their new BlackBerry 10 platform” commented Ryan Marquis, Founder/COO for PixelMags.  "To have been invited to participate in the app development process from the very start was a labor of love for all of us at PixelMags. We will be able to give BlackBerry 10 users an amazing native-built application where consumers can read any magazine, anytime, within the application, for one low monthly fee.”

“As a longtime developer for the BlackBerry platform, Poynt is excited to see RIM continue to innovate with the BlackBerry 10 platform,” said Andrew Osis, CEO, Poynt Corporation. “The Cascades framework and QML support will allow our team to innovate the Poynt platform on BlackBerry 10 devices by continuing to create compelling and engaging user experiences.”

“RIM has got it right with the BlackBerry 10 platform.  They have really streamlined the app-development process,” said Adam Linford, Truphone Head of Labs and Mobile Applications. “The platform’s support for open-source components flattens the learning curve enabling us to build a new application quickly and cost-effectively and have it ready to go when the first BlackBerry 10 devices debut.”

“BlackBerry 10 is a huge milestone for the BlackBerry platform evolution and our early access to the platform has convinced us to be part of this promising transition,” said Martin Herdina, CEO of Wikitude. “We are really excited by the possibilities provided to us by the BlackBerry10 platform to bring immersive and interactive Augmented Reality experiences to the Blackberry community."

For more information on the BlackBerry 10 toolkit, please visit www.devblog.blackberry.com.

Forward-looking statements in this news release are made pursuant to the "safe harbor" provisions of the U.S. Private Securities Litigation Reform Act of 1995 and applicable Canadian securities laws.  When used herein, words such as "expect", "anticipate", "estimate",  "may",  "will", "should", "intend," "believe", and similar expressions, are intended to identify forward-looking statements.  Forward-looking statements are based on estimates and assumptions made by RIM in light of its experience and its perception of historical trends, current conditions and expected future developments, as well as other factors that RIM believes are appropriate in the circumstances.  Many factors could cause RIM's actual results, performance or achievements to differ materially from those expressed or implied by the forward-looking statements, including those described in the "Risk Factors" section of RIM's Annual Information Form, which is included in its Annual Report on Form 40-F (copies of which filings may be obtained at www.sedar.com or www.sec.gov).  These factors should be considered carefully, and readers should not place undue reliance on RIM's forward-looking statements.  RIM has no intention and undertakes no obligation to update or revise any forward-looking statements, whether as a result of new information, future events or otherwise, except as required by law.