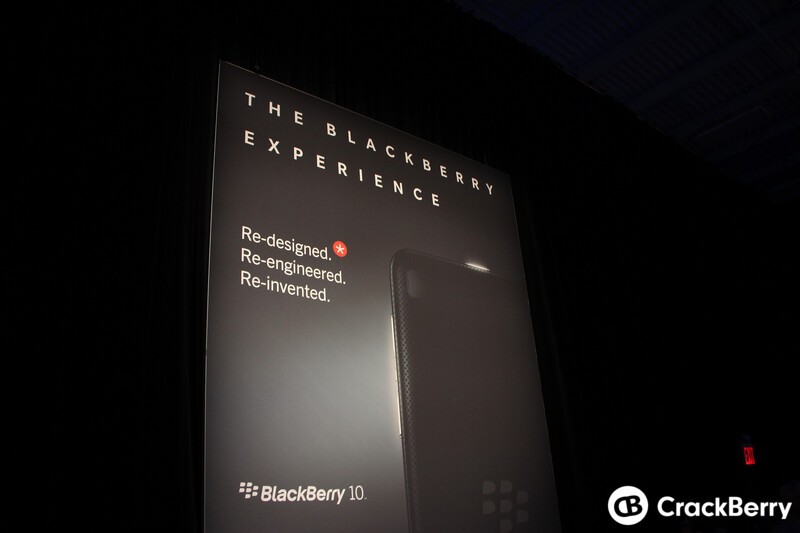 Sure, there was plenty of hype for BlackBerry 10, once upon a time called BBX, ahead of the global launch including plenty of teases and even developer devices but January 30th, 2013 is the day it all went down. The BlackBerry Z10 along with the BlackBerry Q10 got officially introduced across the globe with six events being simultaneously held in New York City, Johannesburg, Toronto, Paris, London and Dubai with then-CEO Thorsten Heins leading the charge.

Excitement for the unveiling had been brewing for months, arguably years, considering the rumors of BlackBerry's new platform had been plentiful since late 2011 and the real first look at what would ultimately become the BlackBerry Z10 came in early 2012. It goes without saying; BlackBerry 10 saw some delays, but the global launch was a time to celebrate and introduce everyone to what BlackBerry had been working so hard on for all those months. It was also a time for another transition of sorts; Research In Motion changed to BlackBerry on that day.

While there was grumbling about BlackBerry making the Z10 the first device to launch with BlackBerry 10 considering its lack of physical keyboard, reviews for the device were scheduled to go up pretty much right after the keynote, so the moment 150,000 people who attended our live blog at the time were done with that, they could hop on over to get a closer look at what the newly named BlackBerry had unveiled.

In retrospect, while some of the reviews were pretty rough on BlackBerry, there was a lot of love to be found as well for the Z10. Much to many people's dismay, BlackBerry has never relived the Z10 in any way. There are people out there right now still hanging onto their Z10's, even replacing them when they break like Kim Kardashian and her beloved Bold Bold 9900's though she has taken the Priv for a spin.

The second device introduced on January 30th, 2013 was arguably the device more folks were waiting for. The BlackBerry Q10. The first BlackBerry 10 phone with a physical keyboard release in a lot of ways mirrored that of the Z10 in a lot of ways, especially how it was rolled out and the reviews. Our review of the device went up in March, it hit the UK first like the Z10 in April and then rolled out to Canada and the United States from there. Arguably a bit delayed for some people's tastes, but it's in the past now. Reviews of the device were pretty good all around with a few rough ones here and there as expected.

I'm not going to get into where BlackBerry went wrong or what they did right here; this post is already longer than I expected it to be. I just wanted to acknowledge the occasion and give a nod to those who worked on it, past and present. But I will say that despite some of the events that took place after the BlackBerry 10 launch, it was an exciting time for BlackBerry and whether you agree with me or not, it produced the best mobile operating system on the market today in my opinion.

It's just that it's unfortunately not the most used, recognized or even cared about OS and its future is going to be argued among the masses until BlackBerry themselves decide to unequivocally end the debate by outright coming out and saying they're ending it. They haven't done that yet, nor do I expect them to for a while.