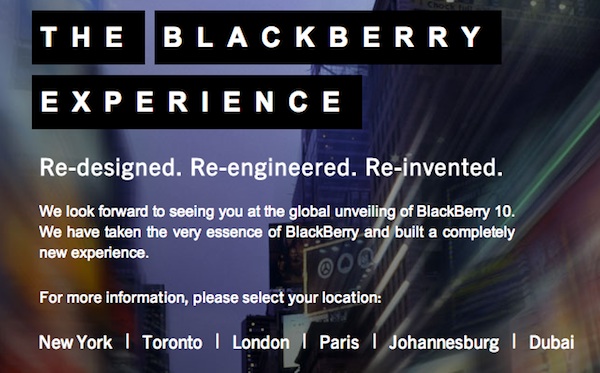 The invites are out! The BlackBerry 10 launch events will be held January 30th, 2013 in cities around the world. New York City, Toronto, London, Paris, Johannesburg and Dubai will all host a global launch event - pretty damn awesome. There aren't many details just yet, but we can expect plenty of hands-on time with one or both of the new BlackBerry 10 devices, app announcements and much more. We'll be there in full force at as many events as we can to cover everything in all out CrackBerry style. There should be plenty of good news at these events including official launch dates and plenty more. Stay tuned!!