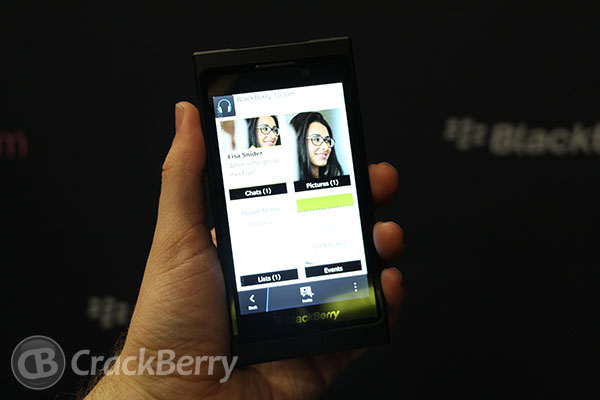 We've had our hands on the Dev Alpha B at BlackBerry Jam Americas 2012, but so have a lot of other excellent sites. Let's see what the techno-elite have to say about the updated version of RIM's next-generation operating system and the developer device it's running on.

The Verge liked the the Dev Alpha B, and was amply impressed by its responsiveness, despite some similarities the experience shared with the competition.

It's actually not bad at all — it's as fast at re-opening running apps as any OS we've seen and having messaging always be one swipe away is quite convenient. Our short experience with it felt like living in a strange middle ground between the iPhone's icon-based UI and Windows Phone's live tiles.

In that competitive light, InformationWeek wasn't convinced that BB10 in its current form is enough to stand up to the alternatives.

There is plenty in BlackBerry 10 that could be considered table stakes--necessary for the modernization of the BlackBerry experience, but old hat by now.

Engadget was also impressed with the software performance, but what really caught their eye was Peek.

Given our tendency to check Twitter and email throughout the day, we really appreciated the fact that users can easily and unobtrusively peek at those notifications using a right angle gesture.

CNET had a little bit of trouble figuring out all of the new gestures, though admitted that the learning curve was hardly a deal-breaker.

Other gestures will take the time to learn, but perhaps RIM hopes customers will enjoy the power and exclusivity of figuring it all out.

But nevermind the experts, what do you guys think of the new BlackBerry 10 stuff we've seen today? How much better are RIM's prospects looking for the new year? Also, seen any other good hands-on reviews of the BlackBerry Dev Alpha B?