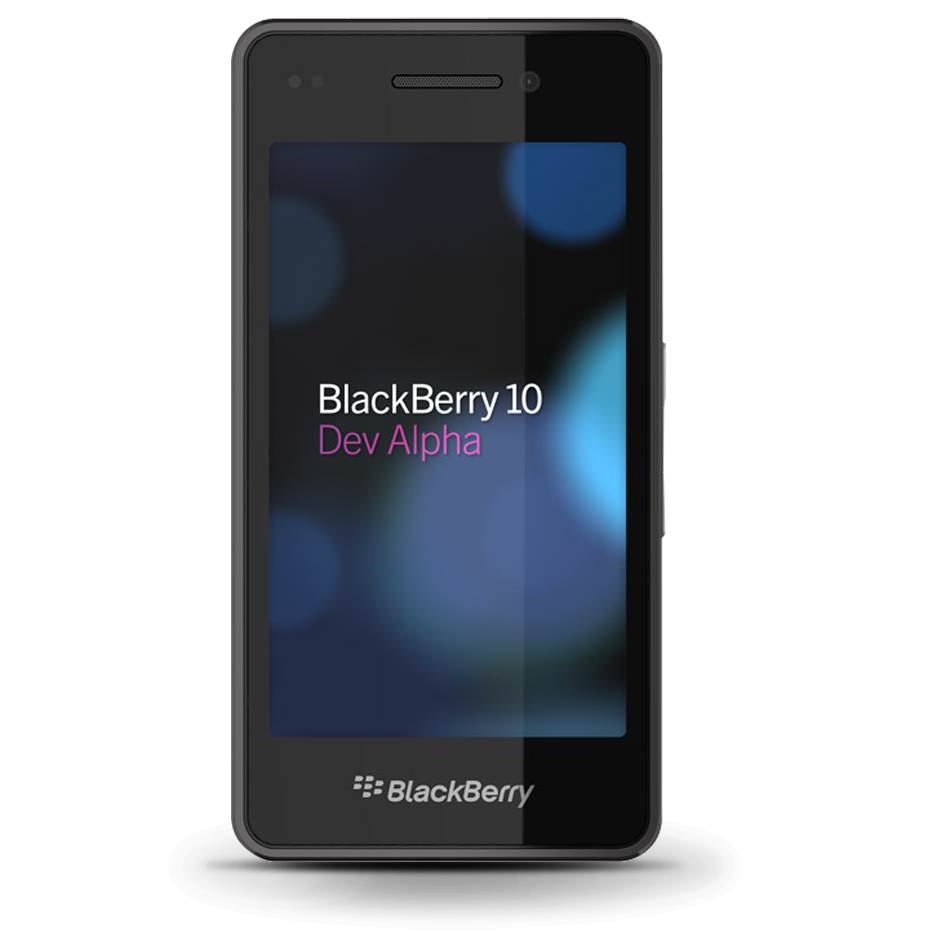 Along with the Gold BlackBerry 10.2 SDK downloads, BlackBerry has also updated the BlackBerry Dev Alpha OS autoloaders. When updated, Dev Alpha devices will be running OS 10.2.0.1157. The links have actually been live for the past few days but now, they're fully official. Keep in mind, these downloads are NOT full builds and are specifically meant for developers. In other words, you're...

BlackBerry Dev Alpha devices will stay up and running after all

When the BlackBerry Dev Alpha devices were given out, developers were told that at some point the devices would be deactivated and essentially rendered useless (or bricked in geek terms). With plenty of developers eligible to trade in their Dev Alpha for a limited edition BlackBerry Z10 however, this didn't seem like such a big deal. For anyone that hasn't received a BlackBerry Z10 or...

From the Forums: Is the Dev Alpha C a BlackBerry Q10 in disguise?

We saw OS 10.0.10.648 leak for the BlackBerry Z10 (STL100-3) not too long ago, and now the same OS has leaked for the BlackBerry 10 Dev Alpha and STL100-1 models (if you don't know your model number, go to Settings > About). For Dev Alpha users, this update brings along some features and fixes that some Z10 owners have received through carrier updates. Keep in mind that you'll need...

The BlackBerry Dev Alpha C was unveiled during yesterday's keynote presentation at BlackBerry Jam Europe. Our hands on discovered a pretty solid device, with an excellent physical keyboard as you'd expect from a BlackBerry device.  The response to the Dev Alpha C in Amsterdam has been phenomenal, with the testing booths packed with eager developers wanting to get their hands on one to...

First look and hands on with the BlackBerry Dev Alpha C

During the keynote presentation this morning at BlackBerry Jam Europe in Amsterdam, Alec Saunders unveiled the BlackBerry Dev Alpha C device. Geared at developing for the forthcoming BlackBerry Q10, the Dev Alpha C is of course the first Dev Alpha with the full, physical keyboard. OK, it's only a developer device, so it doesn't share the same good looks as the Q10, but the hardware...

Happy Monday for Dev Alpha owners! A full version of the BlackBerry 10 OS has leaked in the CrackBerry forums. This is for the BlackBerry 10 Dev Alpha only but it is the full BB10 OS - including Hub and all native apps. It should only be used by developers and we take no responsibility for anything that happens to your device - so use caution. You'll have to have a WIndows PC to run the...

In the last few weeks, developers who qualified for the Limited Edition device have been submitting their applications to trade up from their Dev Alpha. However, those who are on the Verizon network were receiving emails about an issue with the CDMA carrier in the USA. Today BlackBerry released a statement concerning the availability: Many developers have already submitted their...

In the latest BlackBerry 10 Dev Alpha OS update, some sleuthing found a few hidden gems burried in the OS. When diving into the embeded icons, BBVietnam came across the icon set for the device that included not only Facebook, Twitter and LinkedIn, but also Skype. Yes, that Skype. Now we can't say for sure what this means (if anything) but it is a good sign. We've had no official word on...

BlackBerry 10 Dev Alpha owners get a treat today in the form of a new OS update. OS version 10.0.09.2320 has been made available OTA and via the update page for PC users. We're not sure what's new and exciting in this one, so if you come across anything be sure to hit up the comments and let us know. Just think -- in a few weeks everyone will look forward to the BlackBerry 10 updates...

Developers: Are you eligible for the limited edition BlackBerry 10 trade up program? Be sure to check your email!

If you submitted an app in hopes of getting a limited edition BlackBerry 10 phone in exchange for your Dev Alpha, be sure to check your email today. Reports are coming in that RIM is contacting developers to let them know if they qualified for the limited edition device. If you met the criteria and submitted your request you should be finding out if you will indeed be able to trade up...