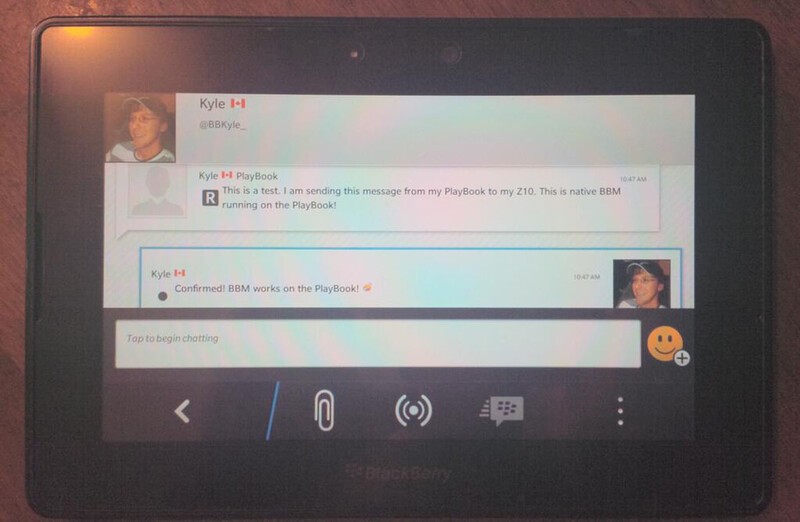 Some OS builds were somewhat working while others crashed and burned immensely. CrackBerry Forums user, Kyle27 has been playing around with the OS and thus far, has been quite successful with getting it to load, even getting so far as to have BBM and various other things up and running. Yes, even making it past that boot screen that everyone got just a little too excited over seeing. But it hasn't been an easy process and right now, the full details of that process haven't been outlined either.

In any case, yes the images you're seeing around are BlackBerry 10 running on the BlackBerry PlayBook but it's not in anyway an official. Sorry if that bursts anybody's bubble but again, it's all experimental right now and there is no telling how far along Kyle27 and others willing to help him out can get. If you're looking to see some more screenshots of it all in action, you can jump on into the CrackBerry Forums for a closer look.