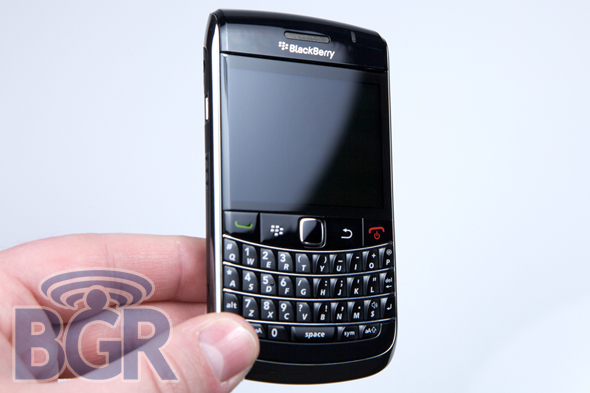 Saying the BlackBerry Bold 9700 is a highly-anticipated device is a bit of an understatement. Like the Bold 9000, the 9700 represents the pinnacle of what the traditional BlackBerry experience is all about, though compared to its predecessor packs more punch into a much smaller package.

We brought you our initial BlackBerry Bold 9700 Review back in May, when the pre-production "onyx" aka 9020 units were still sporting a trackball and plastic battery cover. Since then we've seen the device get christened as the 9700, we've seen it get a faux-leather door along with the touch-sensitive trackpad introduced on the Curve 8520. We've also seen it pop up in T-Mobile clothing as well, which apparently under the hood has some slight differences than its AT&T (& other GSM carriers counterpart) in we **think** the form of a different battery and processor.

In the weeks ahead we'll undoubtedly start "officially" seeing and learning more about the next-generation Bold, but in the meantime the Boy Genius has added to the ton of pre-release coverage that's been hitting the web recently and given his thoughts on an early Bold 9700 unit, which in reviewing the hardware proclaims it as the finest BlackBerry ever crafted, which I know is music to the ears of all who are jonesing for this device. If you haven't checked it out yet, be sure to jump over and read his review. It's solid.