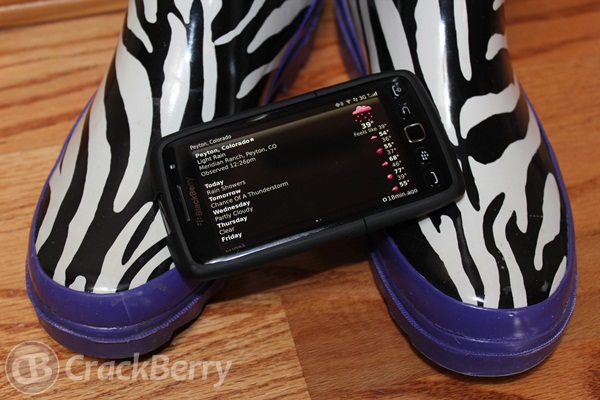 Everyone's favorite weather app BeWeather has gotten a small but highly important update this week. This latest version brings the app up to v2.6.22 and with it a fix for one of the most complained about issues on BlackBerry smartphones - memory leak.

While this isn't a major update for most, it has the possibility of being one for anyone who thinks they may have been experiencing a potential memory leak while having BeWeather on their device.

I've been a BeWeather user for so long yet it still remains one of my faves and the most recommended by me to friends. This update is only for the BeWeather app running on your BlackBerry smartphones, not the HD PlayBook version.

If you don't see the update in App World yet, simply keep refreshing your list and it'll show up soon enough.