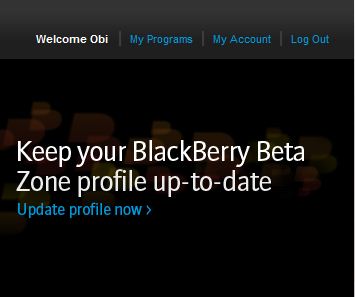 The tip line is off the hook about the newly created BlackBerry Beta Zone. After joining you can download beta programs in progress or sign up for ones that will be available soon. During these beta testing periods you leave feedback on how these programs can be impoved as well as taking part in online discussions and surveys.  Software that are available for beta testing are the following:

The BlackBerry Beta Zone is open to anyone living in the US, Canada, or the United Kingdom. So head on over and sign up to be some of the first to try out RIM software before its released. Remember to leave feedback while beta testing these apps to help improve the overall experience of the product upon release.

Note: RIM's password security seems to be higher than most, so be prepared to create a password of at least 8 characters that includes letter, numbers, and symbols