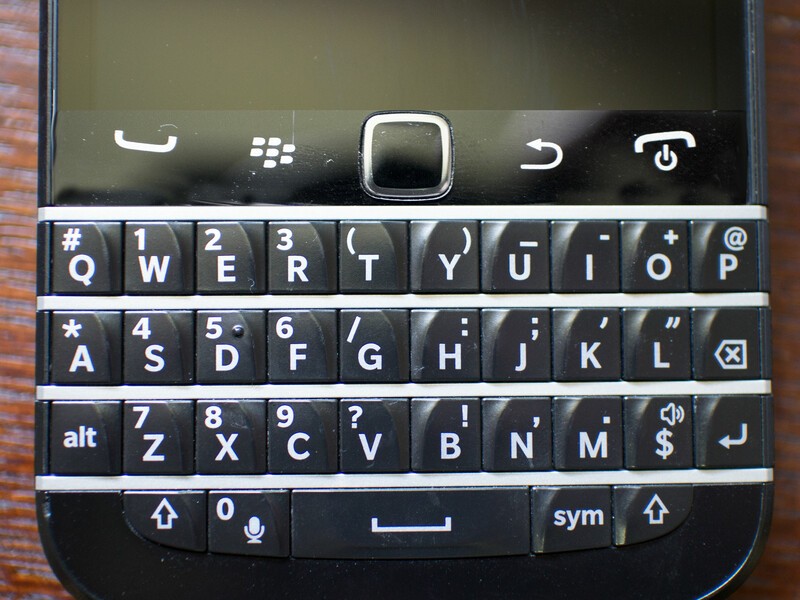 New BlackBerry CEO John Chen has already proven to be a very pragmatic leader, willing to make difficult decisions in order to keep the company afloat. He has said on many occasions that he'll exit the handset segment entirely if it proves to be in the best interest of the company, but has also made it clear that it's among the last things he wants to do. BlackBerry smartphones maintain the company's identity and are truly their heart and soul, but they've also become a financial burden that can't be ignored.

In many ways, 2013 was the year of BlackBerry beta testers. The new BlackBerry 10 handsets, particularly the Z10 and Q10, proved to be polarizing and controversial. On one hand, the operating system finally felt modern and competitive, with fluidity and "flow" that was never seen before on BlackBerry handsets. On the other hand, it was such a radical departure from everything that came before it that users were hesitant and unsure, leading to a lopsided situation where legacy devices continued to significantly outsell the new generation.

While many in the media called this a "failure" and even "disaster", it has proven to be an invaluable source of user feedback. The company has learned what users love and hate about both the hardware and software, and has been upgrading the operating system to address the complaints and enhance everything else. The initial BB10 handsets have been beta hardware, in a sense, to help the company find the magic formula that will finally put the legacy era to rest.

Initial BB10 handsets have been beta hardware, in a sense, to help the company find the magic formula that will finally put the legacy era to rest

The new hardware that will land this fall, specifically two, might very well be the most important handsets since the original Curve and Bold. Starting with the BlackBerry Classic, physical keyboard users will have what they've been asking for, the magic blend of old and new. The return of the "Tool Belt" will integrate with the latest OS, 10.3, becoming the perfect offspring of the Q10 and 9900. The CrackBerry community (myself included) believed that the Q10 would be the "cash cow" that would bring BlackBerry back to profitability, but the majority of users clung to legacy devices. The Q10 "beta testers" provided the necessary feedback for the company to develop a QWERTY device that should satisfy the legacy holdouts, while still advancing BB10 into a thoroughly competitive OS with an even better app catalog and better integration with Android (love it or hate it).

It might be a couple of years late, but the Classic is likely to be the cash cow that the Q10 failed to become

It might be a couple of years late, but the Classic is likely to be the cash cow that the Q10 failed to become. The BlackBerry Windermere (Q30) will then bring true innovation that has never been seen before for multimedia addicts. A large, high definition screen coupled with a next generation physical keyboard that blends physical and capacitive characteristics together. It won't just be an evolution of the Z10 or Z30, but a revolution that could change the way users think of large screen devices. It could be the handset that finally brings users from other platforms in significant numbers, or at least bring back previous BlackBerry users that left for greener pastures.

I'm a happy Q10 user, but recognize that the first round of BlackBerry 10 devices didn't hit the mark. The unintentional beta test that resulted might be exactly what the doctor ordered for everything to fall into place. It's going to be an exciting fourth quarter!