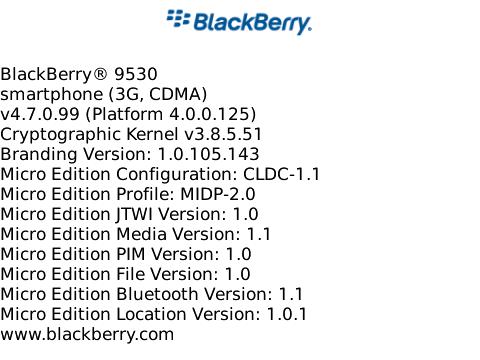 Notice the blog post title starts with Best Yet followed by a question mark? That's because every time one of these unofficial Storm OS updates surfaces in the wild and I deem it Best Yet out of starting gates, by the end of the week the tune changes as every little detail is picked up on by hardcore Storm Addicts. That said, a new unofficial operating system for the BlackBerry Storm 9530, version 4.7.0.99, has emerged in the wild. This follows up on version 4.7.0.90 that leaked on Jan. 21st. I guess it pays to hang out in the forums late on a Saturday night!

Keep in mind this is NOT an official release, so install at your own risk and only if you're comfortable with doing so. If you've never installed an OS beta before be sure to dive into the CrackBerry forums and read all of our tutorials and learn the ins and outs of beta releases. Keep in mind that these leaked OS's sometimes take a step backwards in one area while making a leap forward in another. If you're on the fence, you're best off waiting until the 9530 4.7.0.99 Leaked OS and Official 4.7.0.99 Findings threads fills up with some data. Fingers are crossed that this is a good one!