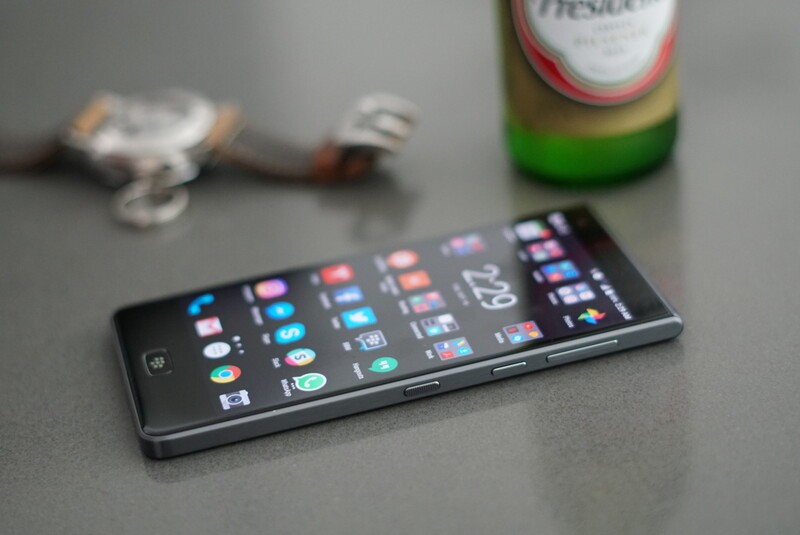 On its own the BlackBerry Motion has proven to be a pretty durable device that's built to last but adding an extra layer of protection by way of a case is a great way to further protect your investment. We've dug through some of the best options available for you!

The Carnaby Esquire Series is a great line of cases from Incipio that covers a lot of devices, including the BlackBerry Motion.

The impact-resistant TPU frame disperses shock from harsh bumps and drops, while the outside offers elegant style by making use of an ultra-soft fabric finish.

The Incipio Carnaby Esquire Series is available now for $35, and it comes with a 1-year warranty from Incipio. It's a durable, reliable case but there is one drawback. It's only available in gray.

For those looking for a cheaper, one-piece case you might want to consider the CoverOn FlexGuard series case. Available for just $8, this case is made of flexible TPU which means that it's easy to put on and will absorb the shock of any drops or impacts so your phone doesn't.

Featuring a simple minimalist look and feel including a raised bevel around the front to protect the screen, this is a slim and lightweight case that's available in your choice of black or as a clear case.

Looking for something a little fancier? The TETDED Premium Leather Case is what you're looking for.

The TETDED Premium Leather Case comes in multiple colors such as Nappa Black, Nappa Dark Blue, Nappa Red and Vintage Brown. All of which are handcrafted for a perfect fit while offering plenty of durability and a luxury look.

Longtime BlackBerry fans know that typically some of the best cases for BlackBerry phones are offered by BlackBerry itself, and that appears to be the case with the BlackBerry Motion.

There are two case styles available for the Motion on the BlackBerry Mobile website — the Privacy FlipCase and a classic Hard Shell case.

We've featured the Privacy FlipCase because it's the most intriguing option because it's packed with awesome features like a transparent flip cover that leaves the touchscreen fully functional with the cover closed while also doubling as a privacy shield that limits your screen's viewing angle so you don't have any looky-loos on your daily commute trying to sneak a peek at your screen. There's also a built-in card slot on the back to help free up some space in your wallet.

Unfortunately, the Privacy Case is a bit hard to track down. It's available from several retailers in Canada, such as Walmart and Best Buy but in the US, it's harder to locate. Walmart does list it though for $60, while Amazon has it from several vendors as well at cheaper price points. The BlackBerry Mobile EU shop also has it available right here. For this post, we've chosen Amazon as the best option.

Are there any cases for the Motion that should be on this list? Let us know in the comments!