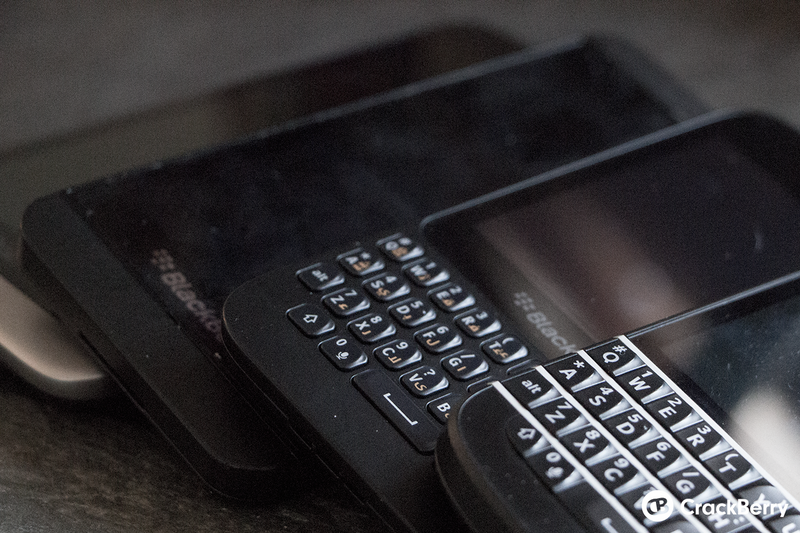 Let's face it. The selection of BlackBerry devices isn't huge in comparison to the likes of Android -- but there are still a few different options depending on your needs. When we break things down, for the most part all the devices are sporting the same OS (or at least they can be, depending on your carrier) so you don't really have to base your choice off software, which is nice. What you do need to decide however is what you're willing to spend and how you'll be using your device. Are you straight up messaging or do you watch movies often? Play games or stick to social apps? Some of these will influence what device you go with, though you'll be able to do all of them on any BlackBerry you choose.

Let's take a quick look at the best BlackBerry you can buy right now in a few different categories.

​Based on a number of factors, our top pick for the best BlackBerry you can buy is the BlackBerry Z30. The Z30 has some impressive specs including a huge 5" screen, a Dual Core 1.7 GHz, 16GB of internal storage and some awesome built-in speakers. It's also running OS 10.2 which is the latest available update from BlackBerry.

Some might find the Z30 to be a bit too big, but we love the size and feel of the device, making it our top choice overall. Everything about the Z30 screams "get things done". It has an amazing virtual keyboard which is perfect for small or big hands thanks to the screen size, and did we mention is has crazy good battery life? This guy is packing a 2800MAh battery which is more than enough to get through a day or more for the average user.

Watching movies, playing games, browsing the web or just sending of emails -- the Z30 is where it's at when it comes to BlackBerry.

​There are two options for a full-touchscreen BlackBerry 10 device -- the BlackBerry Z10 and BlackBerry Z30. While the Z10 was the first device to hit the market it still remains the most popular among BlackBerry 10 users. The Z30 is the new kid on the block so it's still not available to many users, including plenty in the US as it's currently a Verizon "exclusive".

The large screen size of the Z30 makes is great for watching movies or playing games. One of the big sellers for the Z30 are the amazing speakers -- dubbed BlackBerry Natural Sound. The speakers are super loud and clear and we've really never heard any as good on a mobile device before.

It may be hard for some users to find a Z30 -- especially in the US if you're on a carrier other than Verizon. Sadly the only way around this is to snag an unlocked version to use with your carrier. This may be a thorn for some, but if you have the means the Z30 still beats out the Z10 for best touchscreen BlackBerry.

Again we throw down with two options here for BlackBerry 10 devices -- the BlackBerry Q10 and BlackBerry Q5. The Q10 was the first QWERTY BB10 device to hit the market and was quickly snagged up by keyboard lovers everywhere. It still hasn't hit the adoption level of the Z10 but many faithful users pick the Q10 for it's insane battery life and amazing keyboard.

The BlackBerry Q5 was introduced as a low-cost device for various markets. It doesn't have the bigger features of the Q10 as it only has 1.2GHz processor, 8GB of storage and 5MP camera. It's been a good seller in some regions but doesn't really have the spec-power or design of the Q10.

If you're going with a physical keyboard device, the BlackBerry Q10 is a no brainer.

When we think BlackBerry and photos we always flash back to the EDOF camera on the BlackBerry Bold 9900/9930. While we loved the Bold 9900, it was truly a shame the camera fell so short. It has no auto-focus and took really crappy photos.

For BlackBerry 10, all of the current devices take great photos (with the exception of the Q5 - it's just so-so). After some deep thought though we have to go with the BlackBerry Z30 as our pick for the best overall for photos. The BlackBerry Z30 can take some really awesome shots and thanks to the larger screen there is plenty of room to edit them to make them even awesomer.

Best on a Budget - BlackBerry Z10

You may have guessed that the best budget BlackBerry is the Q5 since that's the way it's been marketed since the start, but currently you can do one better. The BlackBerry Z10 price has been dropping across the globe at various retailers, some even dropping it down to $.01 on contract. This isn't bad though as it gives finance-conscious buyers two options for a device -- both a QWERTY and a full touch.

So you essentially just need to decide which route you want to go, but luckily have two options for budget devices. Our overall pick? Definitely the Z10.

This is the one you didn't see coming.

If it ain't broke, don't fix it, right? We know a lot of people that still love BB7 device, and that's okay. When we break down all of the other things that BlackBerry has to offer, the one that still tops the list is communication. For that reason alone, our choice for the best BlackBerry for communication is still the BlackBerry Bold 9900/9930. It may seem more than outdated at this point but we still love the ease of use on BBOS 7 as well as that "typing on air" keyboard the Bold 9900/9930 has to offer.

It doesn't have the flair or features of BlackBerry 10, but if you think about communication -- pounding out emails, texts or updating your social network -- the Bold still holds the crown for that. Oh, and did we mention it has amazing battery life AND a built-in kickstand?