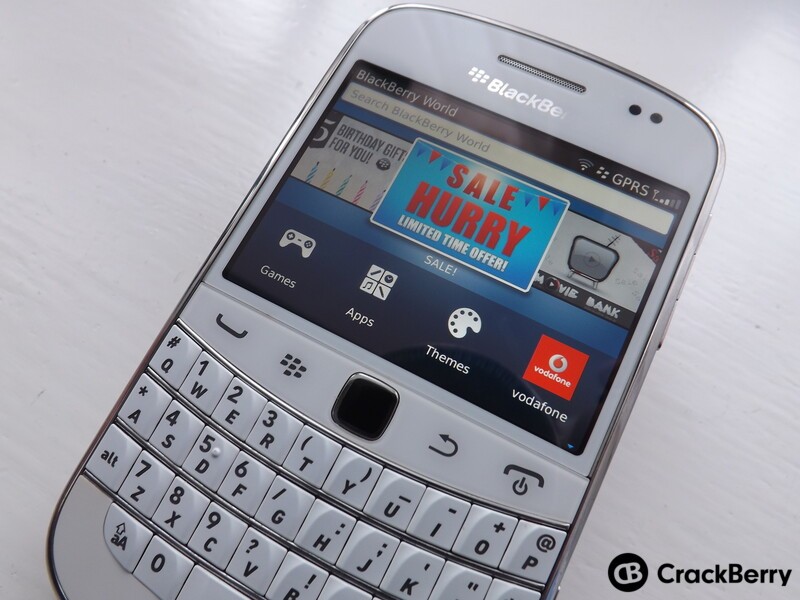 After hearing the latest earnings call from BlackBerry it's clear that legacy devices are still outselling BlackBerry 10 devices by a good margin. BlackBerry have also confirmed that they will continue to support BlackBerry 7 for the foreseeable future, which isn't a bad thing.

I don't mind admitting that I don't turn on my BlackBerry Bold 9900 as often as I should, but that's because the OS feels dated to me after spending over a year with BlackBerry 10. However, if consumers are still going out and picking up BlackBerry 7 handsets, there are still some awesome apps & games to be had. Here's a selection of what I would consider to be 'must have' apps for legacy device users.

The majority of the following are apps, but there are few games thrown in for good measure. I don't mind admitting that gaming on BlackBerry 7 is way behind the likes of BlackBerry 10, iOS, Android and Windows Phone at this point, but there are still a few beauties out there.

BeBuzz Pro was a must have app for me when I was rocking my BlackBerry 7 device. This one is all about tweaking the famous LED on BlackBerry smartphones. BeBuzz Pro allows you to select not only different colors for contacts and applications, but also the frequency of the flashes and also mixing up more than one color if you so desire.

The app is perfect for times when you have to set your BlackBerry to silent mode, as you'll know what sort of notification you have just by what color the LED is flashing. With over 35 million downloads I think that pretty much speaks for itself!

Ice age Village has been a massive hit on all available platforms, yet it was only in early 2014 that it graced us with its presence on BlackBerry 7. It isn't designed for just a quick game - you'll be playing this one for weeks or longer if you really get into it. With familiar character from the Ice Age movies you need to hatch eggs and grow your village. Things can move pretty slowly so you either need to be patient with this one, but for both adults and children it's well worth checking out. Plus it's free.

Disclaimer - Here at CrackBerry we take no responsibility for any addictions that may occur from downloading such games!

If you love to take photographs with your BlackBerry then Photo Studio Pro will be right up your street. Tweaking photos is all the rage these days and Photo Studio Pro will give you access to over 100 filters, special effects, frames, red-eye reduction etc to make your photos look as good as they can.

There's a free version of the app too, but if you're serious about posting awesome pictures to your favorite social media sites then spend a few bucks and pick up the pro edition - you won't be sorry.

If you don't have BlackBerry Protect on your device you must be bonkers! It serves a couple of main purposes - both of which are fantastic. First up is backing up your information. There's nothing worse than losing a BlackBerry and therefore also losing all your contacts, calendar entries, text messages, memos and browser bookmarks. BlackBerry protect will save all these things in the cloud so if you switch to a new device all you need to do is install Protect again and your precious information will be synced with your new handset.

The other great feature is tracking the BlackBerry. If you do lose it you can jump onto the web and see where it is on a map - clever stuff. In addition you can remotely send messages or an alarm to the device - which we demonstrated on video. If you don't have BlackBerry Protect installed do it now!

Gaming again - this time with Brain Cube Reloaded. I actually first played this one on BlackBerry 10, not remembering it was also available for legacy devices. We took a look at the app on video back in 2012 and if you like puzzle style games this one's a real beauty.

If you want a free challenge with great 3D graphics then check out the video and go grab the game.

You can try before you buy with Stunt Pilot as there is a free version as well as a paid one - priced at $0.99. It's a simple concept but one that's a whole load of fun. The aim of the game is to maneuver your plane through the rings but also avoiding obstacles and not crashing into the ground.

In terms of action games on BlackBerry 7 this is certainly one of the best. It runs smoothly on my Bold 9900 and the graphics and gameplay are more than decent. Give the free version a go and see what you think?

Whether you are going on holiday or travel for business, BlackBerry Travel will be your friend. The app can auto-scan your emails for flight bookings and will then enter all the info into the app as well as giving you notifications in advance of your trip. Having all your travel information in one place makes life real easy and I speak from experience with this one.

There are also a few other features that the app has to offer - such as weather, booking hotels, car rental, just to name a few. The app which was developed by BlackBerry themselves will be the perfect travel organization tool for your trips abroad without doubt.

Like the name suggests Six Tools is a tool utility application for both BlackBerry 6 & 7 smartphones. It offers a wide range of features to make your life easier such as using your media keys as shortcuts for certain apps, a battery indicator, taking screen shots, battery alerts etc. Plus if you own a Blackberry Torch you'll get some extra features including nice sounds when you slide open your BlackBerry - something I loved when I was rocking the 9810.

For a buck Six Tools has a lot to offer and it's an application that was on my BlackBerry 7 device for a long time.

This is one area where BlackBerry 7 has an advantage over BlackBerry 10 at the time of publication. Viber still haven't got around to giving BB10 users an app but the BB7 one has been around for ages and works a treat.

Essentially, Viber will allow you to make free phone calls and send messages to any other Viber user around the world, just by using data. The application is cross platform so if you have buddies in other countries who use an iPhone for example, you can still communicate with them - although BBM would clearly be the number one choice for us CrackBerry folk, but not everyone on the other platforms has made the BBM commitment yet.

Skype is probably more well known worldwide but Viber for BlackBerry 7 does pretty much the same job. It's free to download and as long as you don't exceed your data allowance, or stick to Wi-Fi, it won't cost you a penny.

AccuWeather has been my go-to weather app of choice for years now and in fact the newer native BlackBerry 10 weather app is powered by AcceWeather.

Free to download, AccuWeather doesn't just give you a standard weather forecast, but in addition has a ton of extra features such as lifestyle and sports forecasts, special information for travellers - such as a hotel finder and flight delays, the option to get a daily forecast delivered to your inbox - just to name a few.

AccuWeather has always been the nicest weather app on the eye in my opinion and considering what it does and the fact that it's free to download you can't really go wrong with it.

Clearly, the above selection are just my choices. If you have any firm favorites feel free to sound off with your suggestions in the comments.