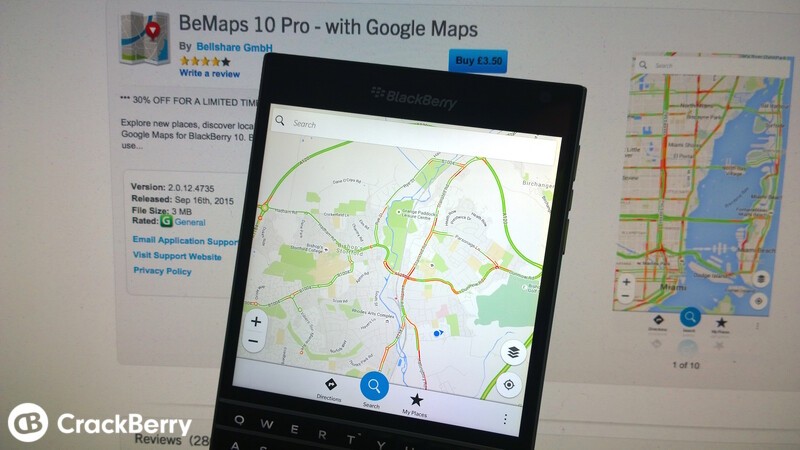 If you're one of the folk that chooses to use BeMaps 10 Pro - with Google Maps, rather than the native BlackBerry Maps that comes pre-installed on all BlackBerry 10 smartphones, you'll be pleased to know that an update has rolled out and it's packed full of new options as you'll see below.

I don't mind admitting that I tend to use the native Maps app when it comes to navigating in my car, but where I have felt the need to use BeMaps 10 Pro is when I've been on foot - particularly in a large city as the app offers up a load more options, such as toggling on/off Satellite, Terrain, Traffic, Transit and Bike. These transit options won't all be up and running in all cities, but if you're in one of them and you think you could benefit from it, why not check out the full list of features with the link at the base of this page?

New in the latest version:

BeMaps 10 Pro does come with a price tag of $4.99, which will instantly put some users off. But if it stops you being late for a meeting or a 'special' date, it could be a wise investment?