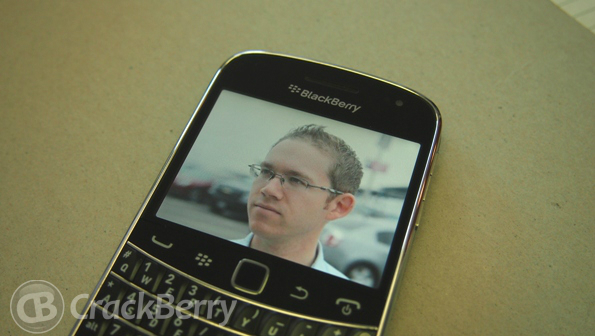 Lately RIM has been trying to drive home the message that BlackBerry developers are extremely important to them, and they have shown this in many ways. While many may wonder if the Hackathons that they have been having are worthwhile on their end, the simple answer is yes. Each time that RIM is able to entice another developer to make use of their tools, and develop for their platform, it is yet another potential app for the BlackBerry users.

Until recently many people have viewed BlackBerry as a platform to stay away from when it comes to development, saying it was hard and not worth while, but luckily we have seen new developers stepping up to the plate still. Last year at a Boston Hackathon Jad Meouchy of Jadware Inc began his BlackBerry development career. It was this event, learning about the social SDK of BBM, and the inner workings of WebWorks development. Could what started out as a two day development session begin a career in BlackBerry development, and show developers the potential of the platform? Let's hit the break and check out an interview with Jad Meouchy.

Why was it important for you to develop an application on the BlackBerry platform?

Jad: When I participated in a BBM Apps Hackathon at the BlackBerry DevCon event in San Francisco last year I was able to "peek under the hood", so to speak, at the BlackBerry technology and really appreciated what I saw. I was quite excited to have the chance to dig into the technology before some of my peers in L.A., who I felt were missing out on a golden opportunity.

The mobile market is so strong now and I see the BlackBerry platform as a critical distribution method that aligns really well with our big picture philosophy of reaching a global market.

How easy has it been for you to work with BlackBerry WebWorks?

Jad: When I came up with the initial idea for the app I was able to whip up a back-end quickly and use some tricks I had learned at BlackBerry DevCon in San Francisco to work with BlackBerry WebWorks and fast track the whole process. Being able to build a functional prototype in two days got me into the incubator program and validated to our benefactors that we could do an app like this.

BlackBerry WebWorks has been so easy to work with because I could take my existing Web knowledge and apply it without having to learn an entirely new developer language. I had experience with front- end web development so to go from that to developing a mobile app built on web technology was very seamless. For example, I can replicate the app on my laptop and I've built a BBM simulator that allows me to debug, code and tweak the app as if it were running on the BlackBerry smartphone.

How significant of a feature is BlackBerry Messenger?

Jad: I think BBM is an absolutely incredible feature that should get a lot more publicity than it's receiving. The high level of social interaction our voting has is significantly enhanced by the BBM integration. When you see how people use BBM you realize quickly how it can make your app that much more viral and addictive.

I've worked with integrating FacebookTM in the past on my other applications, and whether it's the APIs, SDK, or documentation, nothing is easy to use. BBM is stable and its tight integration with BlackBerry smartphones is well suited for what we're doing. It's really the epitome of mobile and social integration.

How does your overall development experience compare to other platforms?

Jad: I've personally found working with iOS to be frustrating. There seems to be a lot of hoops you have to jump through and everything seems to have been created to specialize with their specific technology. I've watched hours and hours of videos, tried several coding examples and even purchased a device in order to build the code and I just couldn't get the hang of it. When you want to attract developers they shouldn't have to read hundreds of pages of documentation.