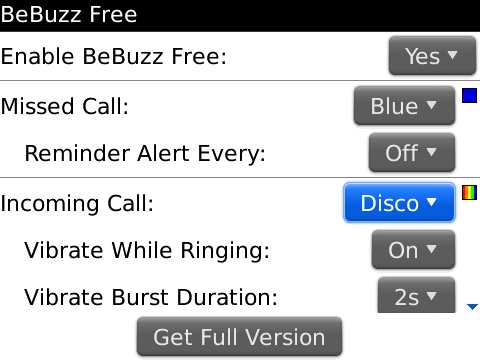 The guys at Bellshare have released a free, slimmed down version of the best selling BerryBuzz. BeBuzz (the app had to be renamed since App World doesn't allow 'berry' in the title') lets you customize your device LED with various colors. The app doesn't have the full features of BerryBuzz, but if you are looking for a great free alternative you should definitely check it out. Features include:

BeBuzz is totally free and is available from BlackBerry App World.