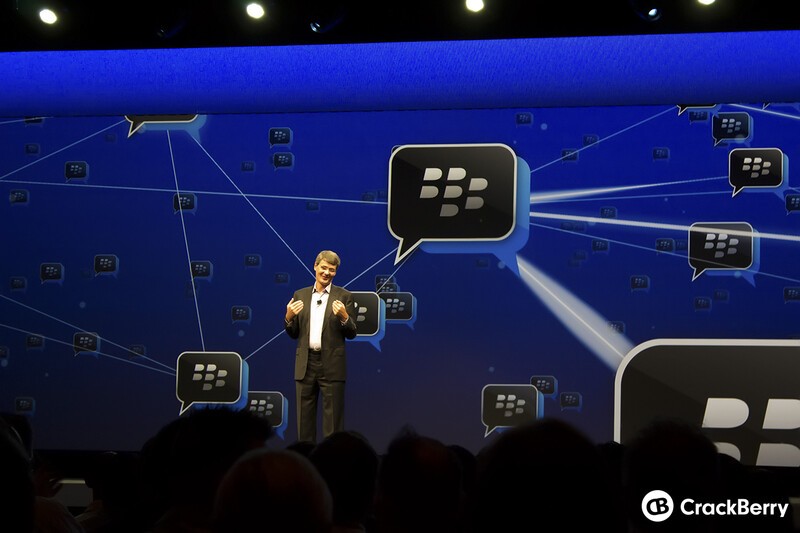 We examined cross-platform apps during our last Talk Mobile week, and specifically the Android app player in BB10, but now that we’re looking at social apps, I want to zoom in on BlackBerry Messenger’s impending move to Android and iOS.

I’ll be honest: my BBM usage is relatively low because being able to communicate cross-platform has nudged me in the direction of Google Talk in most cases. If more of my friends rocked BlackBerry devices, maybe that would be different. Luckily with Android and iOS BBM apps on the way, getting everybody on the same network is going to be far less of a chore.

Without a doubt, BlackBerry Messenger was a pioneer in mobile, data-based instant messaging, and the fact that it continues to evolve and be used broadly is a testament to BlackBerry’s expertise in the area. We’ve seen received and read notifications (hallmarks of BBM) find their way into third party apps for awhile. Though these notifications certainly have their downsides, they've significantly changed the way we message one another. Suffice it to say, BBM has raised the bar for instant messaging and puts SMS to shame.

Despite its historical significance, we’re now in a world where IM options are a dime a dozen, which pushes BBM to be more competitive, such as through this cross-platform shift. Even the old management at BlackBerry, which was notoriously stingy about making sweeping platform and feature changes, reportedly saw the need to BBM to evolve and reach new platforms. Attaining a new level of breadth is a steep challenge for BlackBerry Messenger. Apple has their iMessage solution integrated deeply into their Mac products, while Google has tied in Talk with their major web services, namely Gmail and Google+. Meanwhile, BlackBerry is one of the few manufacturers that continues to focus exclusively on smartphones (and to a lesser extent, tablets).

Without those footholds in other industries, it’s understandable that BlackBerry chose to fight iOS and Android on their home turf. On the one hand, the move is giving up exclusivity for what has long been a device-selling feature, and the migration is going to be enriching rival app ecosystems. On the other hand, it reintroduces the BlackBerry brand to an audience that may have long since forgotten about it, and assuming it’s monetized in some way (like extra features being locked behind in-app purchases), offers BlackBerry another revenue stream.

The one platform BlackBerry is poised to tackle independently is cars. QNX, the platform which is the backbone for BB10, has a long history in automotive systems and will be key for BlackBerry’s rise in this area. As for social apps and BBM specifically, there are a ton of possibilities: GPS routing to friends, proximity notifications, voice communication, transcription for hands-free messaging, and lots more could quickly find their way into car dash systems.

On the whole, BBM going cross platform to iOS and Android stands to be a big success for one reason: it will be vastly opening the social circles that BlackBerry Messenger users can get in touch with. It's going to be a very interesting switch socially, considering it's hard to not feel like BBM has been something of an exclusive club for a long time. Feature mismatches across platforms (screen sharing, for example) may label some users as Android or iOS - will BlackBerry owners treat them any differently? Likewise, are BlackBerry users going to have a hard time convincing iOS and Android users to hop onto BBM without getting looks like they're antiquated dinosaurs? Sharing social space isn't hard with mobile, but finding the same space to share is decidedly tricky.

How do you guys see BBM's eventual inclusion of iOS and Android panning out? Will the two communities mesh well? How hard will it be to get non-BlackBerry users onboard?