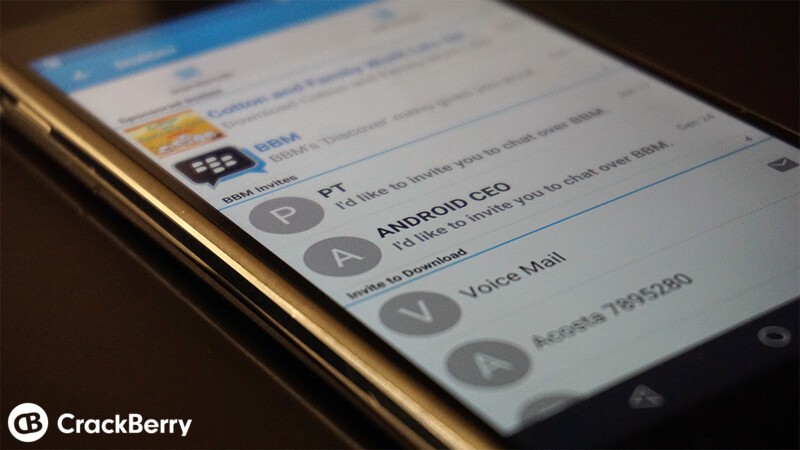 Have you been getting random BBM invites lately? On social media, here in the forums and abroad, many users of BBM are reporting an increased amount of 'spam' BBM invites. If you're being affected by this, the good news is BBM is working on a fix. Reaching out with some of their users on Twitter, BBM has acknowledged the concerns and is working on a way to tag and bag these spammers and better the user experience for BBM consumers. With BlackBerry expanding their secure-communications platform BBM Enterprise with SDKs and a subscription model, it's nice to see the consumer side of BBM getting attention as well.

Spam invites are really hard to ignore. You can currently block the invites and future requests, but there's not yet a system to actually flag these spammers as such. As part of the monetization strategy for BBM, the messenger does have 'Sponsored Invites' to download games and apps, but the unsolicited requests of strangers into our favorite private-mobile social network is a big detractor on the user experience. You can pay to remove ads and sponsored invites from BBM, but there's no remedy for spam.

@nicholasjmoore Hi Nicholas, we hear you and are working on rolling out anti-spam features in our next release. Stay tuned!

I've actually accepted some of these invites myself to see what they could want and almost all of them are Indonesian, guiding me to Android/BlackBerry websites and services that are not legit. Luckily, BBM is onto this and working to mitigate any further spam in an upcoming update. The version of BBM currently in beta has the ability to 'Block' and then 'Mark as Spam,' much like you would an undesired email. This and other improvements to follow in future releases.