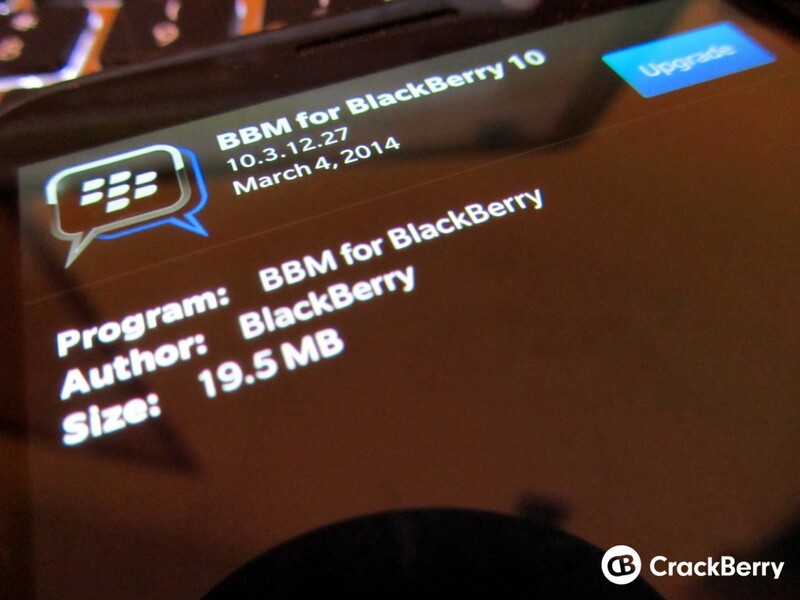 We've been hearing a lot about how BlackBerry are looking to monetize BBM lately. We know that those who are on the Android BBM beta program have received an update which already brings the ads, which we know will never appear in chats. BlackBerry is now releasing an update to those who are currently in the limited BBM beta program. The update brings the aforementioned sponsored ads as well as seeing the file attachment size go from 6MB to 16MB.

The update is for both BlackBerry 10 users and legacy BlackBerry users who are part of the current (limited) BBM beta program. Although, the file attachment size increase is only for those on BlackBerry 10. There also looks to be some nice changes to stickers, especially for Q10/Q5 users. It was a bit awkward for them to use due to the smaller screen size but this seems to have been improved.

There are a few things you need to do to before updating and it looks as though it will be to prepare for testing out sponsored posts and invites. All these are stated in the email you will receive prompting you to update.

To update, BlackBerry 10 users can just open up the Beta Zone app and install the update, legacy users need to login to their Beta Zone account via the BlackBerry browser and update there.