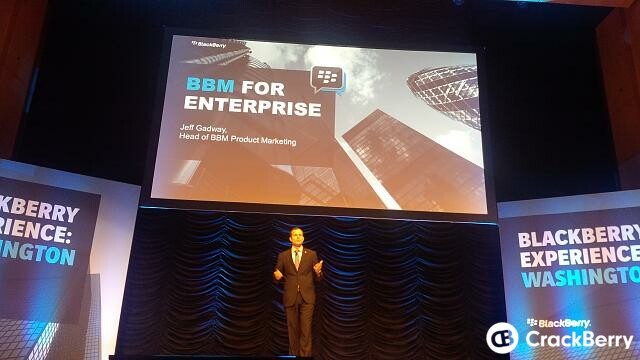 BlackBerry announced BBM Protected back in February, and many are anxiously awaiting the release later this summer. We haven't seen much of it in action yet, but some videos have popped up that give us a quick look of what to expect from BBM for Enterprise.

The first iteration of eBBM, which is BBM Protected will be available in June. It is designed to add Suite B (for those that do not know, this is the minimum for classified communications for the US government) compliant encryption on top of the existing BBM "scrambling" encryption key. (3DES Universal Key). It is fully auditable and able to go across organizations as long as the other user has BBM Protected available as well. The first iteration will only work on BBOS devices running BBOS 6+ and Regulated BB10.2+ activations. Regulated+Balance activations and iOS/Android are slated for later this year. EACH message within a BBM Protected conversation is encrypted with a different random key (they did not explain the process other than to just say that), so even IF the NOC was compromised, and even IF one key was compromised, you would still only get that ONE message. They described this as a PGP type public solution, which is why it is able to cross domains.

In the video above, BBM's Jeff Gadway talks a bit on the features of BBM Protected, and how it will integrate with BBM currently, allowing both the protected and regular spaces to flow together.

BBM has 85 million active monthly users, 65% of them use the service daily. This is a higher percentage of daily users than Facebook. BBM will be expanding to Windows Phone and Nokia X platforms this summer.